Team Penske’s strong form was again on display in Practice 3 for Sunday’s GoPro Grand Prix of Sonoma (6:30 p.m. ET, NBCSN), this time with Simon Pagenaud taking a turn at the top of the time charts.

Pagenaud’s best lap of 1:16.0329 bettered Chip Ganassi Racing’s Scott Dixon’s lap of 1:16.1454 by just over one tenth of a second. Penske’s remaining trio of Will Power (third), Josef Newgarden (fourth), and Helio Castroneves (fifth) made it four Penske cars in the top five.

Practice 3 ran without stoppages, though a pair of drivers did have quick spins during the 45-minute session. Dale Coyne Racing’s Ed Jones looped his No. 19 Boy Scouts of America Honda in Turn 9, but quickly regrouped and continued on.

Near the end of the session, Schmidt Peterson Motorsports’ James Hinchcliffe spun in Turn 2 and briefly stalled, but managed to get the car refired and completed the practice. Jones and Hinchcliffe ended up 15th and 16th respectively.

Times are below. Qualifying begins at 6:30 p.m. ET on NBCSN. 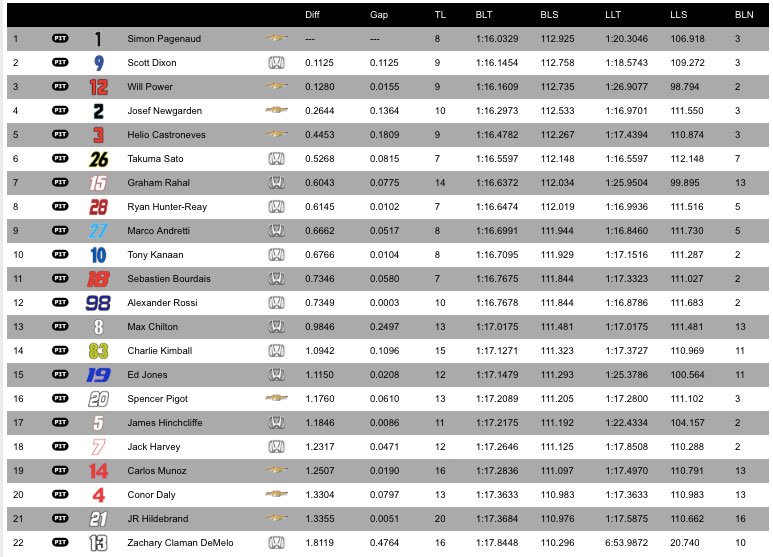