Non-championship contenders led the way in warm-up for today’s GoPro Grand Prix of Sonoma (6:30 p.m. ET on NBCSN). Graham Rahal was quickest for Rahal Letterman Lanigan Racing, with a best lap of 1:16.9608, the only driver to break into the 1:16 bracket.

Of note, the remaining championship combatants Simon Pagenaud and Will Power were 16th and 19th, respectively.

The session was stopped briefly when Dixon’s teammate Max Chilton spun and stalled exiting Turn 3. However, he did not hit anything and was able to continue on, ending up 12th. 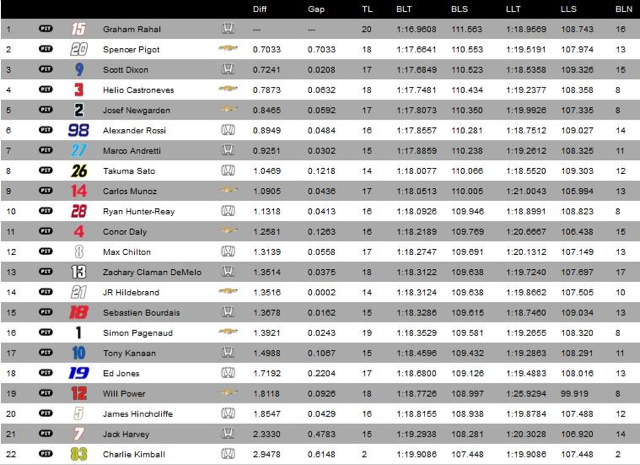