Because it’s Tuesday, tire selections for the 2017 United States Grand Prix (October 22 on NBC) have been revealed.

There’s some minor disparity between the number of Pirelli supersoft and ultrasoft compound sets, but other than that there’s really not much to report.

The big question is whether Pierre Gasly will actually be in the second Toro Rosso alongside Daniil Kvyat, with the Russian set to return but the Frenchman’s status still TBD depending on if he races Super Formula at Suzuka in the quest to win that championship.

The full breakdown of who’s picked what is below. 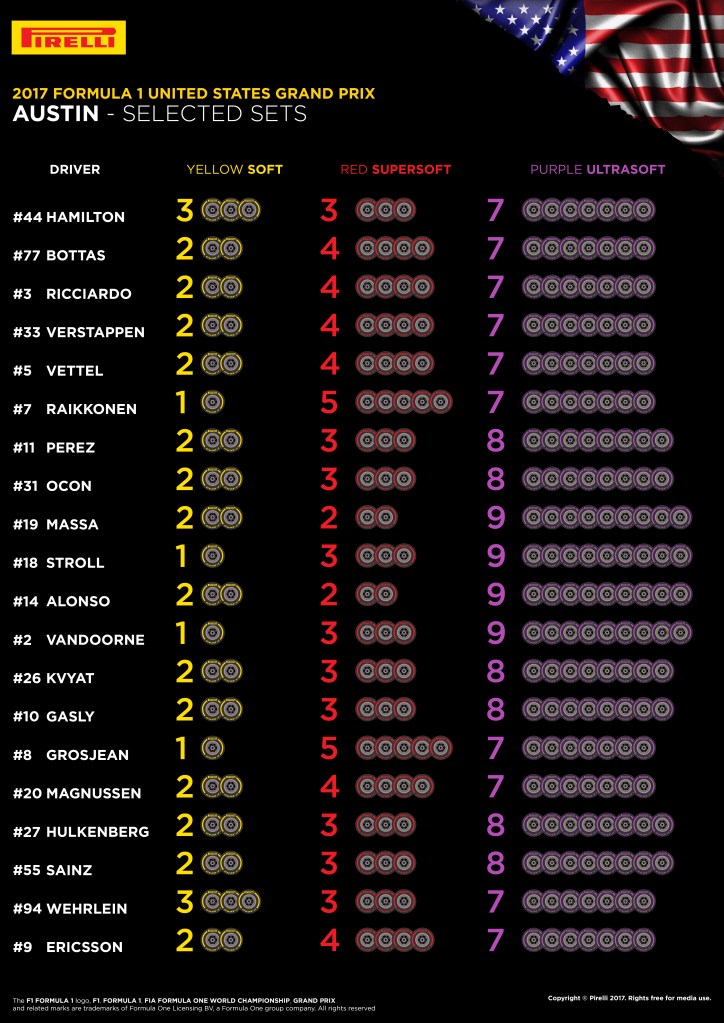