Haas Formula 1 Team had a home race to forget as both Romain Grosjean and Kevin Magnussen finished outside of the points in Sunday’s United States Grand Prix.

Haas ventured to the Circuit of The Americas in Austin, Texas for its second home race since joining F1 at the start of the 2016 season hopeful of building on its double-points haul in Japan last time out.

Grosjean was Haas’ best hope of points, starting 11th, and ran as high as ninth before falling back through the closing stages as he struggled with worn tires.

“Not much pace in the car, and massive tire degradation on my front-left tire. I was trying to hang in there, but the last few laps I felt it was pretty dangerous,” Grosjean said.

“Off track the weekend’s been great with the fans. I’m very sorry we couldn’t put on a better show from the team. We’re all going to work hard. We know Mexico was tough on us last year but, hopefully, we find some solutions.

“We’re going to work hard, but right now it’s disappointing not to put on a better show at home.”

Magnussen started 17th after a tough qualifying and a grid penalty, only to suffer a further setback early on after contact with Pascal Wehrlein left his Haas car with a puncture on Lap 4.

Haas moved Magnussen onto an aggressive one-stop strategy, but he too struggled to keep life in his soft compound Pirellis, causing him to fall back into Sauber driver Marcus Ericsson’s clutches on-track.

The pair collided when scrapping for position, prompting Haas to bring Magnussen in and fit a set of super-softs to get to the end of the race, where he was the last classified finisher in P16.

“Not the best day for us, but the car was actually better from qualifying. We just had to pit at the first lap, so our tires – we tried to do the whole race on softs, but not quite possible,” Magnussen said.

“We had to try. It was the only thing we could try in that situation. So, onto the next one.”

Haas dropped down to eighth in the constructors’ championship on Sunday as Renault picked up six points through Carlos Sainz Jr. in P7, leaving the American team on the back foot with three races left this season.

The tough weekend on-track was balanced out by Haas’ further embrace – and the U.S. fans’ further appreciation – of the team in several events during the weekend.

A group photo of Haas fans with the team took place at the redubbed “Haas Hill” on the outside of Turns 18 and 19, and the Haas F1 Team also conducted its second annual full-team shot pre-race on Sunday morning. (All photos: Haas F1 Team). 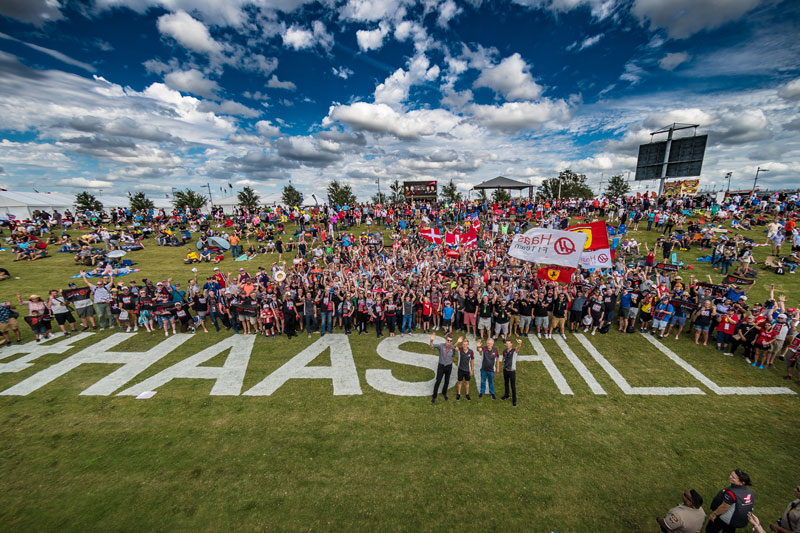 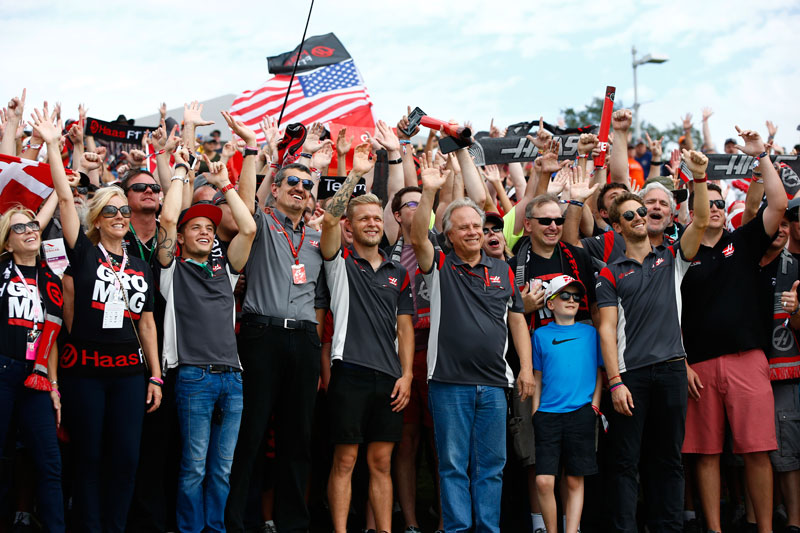 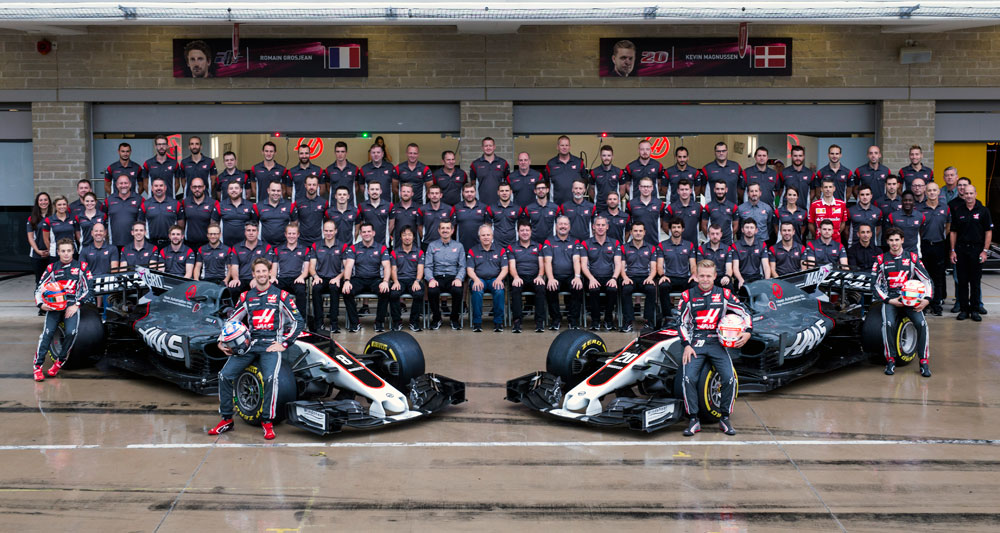