Add Nissan to the list of manufacturers competing in the FIA Formula E Championship. Nissan will enter from season five in 2018, and more importantly, become the first Japanese manufacturer (ahead of Toyota, Honda and Mazda) to enter the electric open-wheel series.

The NISMO release is below.

—
Nissan will become the first Japanese automotive brand to compete in the all-electric FIA Formula E racing championship starting in 2018.

The move to participate in the growing Formula E series gives Nissan a highly visible global platform from which to spread the message of Nissan Intelligent Mobility – the company’s three-pillar strategy to redefine how its vehicles are driven, powered and integrated into society.

“As the ultimate expression of the thrill of instant acceleration and agile handling that’s at the heart of Nissan zero-emission driving, Nissan is going to electrify the Formula E championship,” said Daniele Schillaci, executive vice president of global marketing and sales, zero-emission vehicles and battery business, and chairman of Nissan’s management committee for Japan, Asia and Oceania.

“Nissan will be the first Japanese brand to enter this growing championship, bringing our long history of motorsports success to the Formula E grid. It will give us a global platform for bringing our pioneering Nissan Intelligent Mobility strategy to a new generation of racing fans.”

Nissan cemented its position as the leading mass-market zero-emission brand with last month’s unveiling of the new Nissan LEAF. The second generation of the five-door all-electric vehicle is packed with ingenious technology that embraces the early steps of advanced driver assistance. 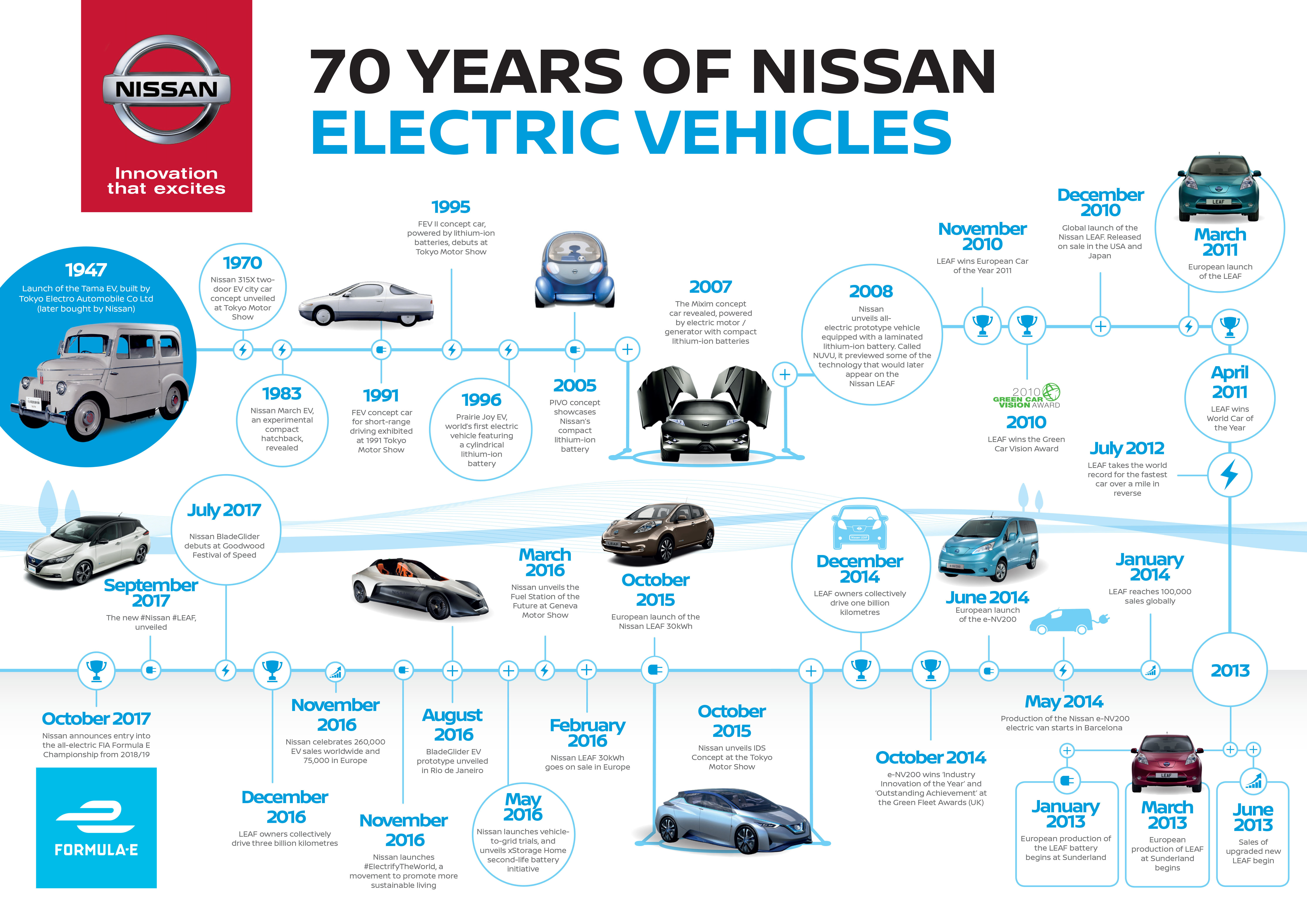 The new LEAF replaces the first-generation model, which pioneered accessible zero-emission mobility with its launch in 2010. Nissan has sold more than 280,000 LEAFs globally, making it the world’s best-selling electric vehicle. LEAF customers have driven more than 3.5 billion zero-emission kilometers combined.

“Nissan’s DNA is rich in innovation in electric mobility, not to mention a long history of success in motorsports,” added Schillaci. “It makes sense that we bring these two core elements together by competing in Formula E.”

Launched in 2014, the FIA Formula E championship is a global racing series where teams and manufacturers compete with all-electric powertrains on street circuits set up in major urban centers around the world.

“To have a name like Nissan coming on board is a momentous day for the series,” said Alejandro Agag, the founder & CEO of Formula E.

“Not only is it great to welcome a new manufacturer to the Formula E family – it’s great to see our first Japanese manufacturer entering the frame, showing truly how global the electric revolution is. Japan is a country at the forefront of new technologies, with one of the biggest followings of Formula E. The shift toward sustainable mobility is in motion, and it’s unstoppable. I look forward to seeing the Nissan logo adorned on the new-look cars for season five.”

Nissan will compete from season five, which is expected to begin in late 2018, when the all-electric championship will introduce new chassis and battery specifications.

The company will work with its partner Renault to leverage expertise and development already available, in keeping with the Renault-Nissan-Mitsubishi automotive partnership’s focus on collaboration and maximizing synergies to boost competitiveness.

Further information about Nissan’s participation will be available closer to season five.