This Veteran’s Day, it’s worth taking a look at Marine Staff Sgt. (Ret.) Liam Dwyer, who’s become a regular in the Continental Tire SportsCar Challenge paddock in IMSA the last four years. His win at Lime Rock Park co-driving with Tom Long in a Freedom Autosport Mazda MX-5 in 2014 helped put him on the map, and Dwyer’s been a full-time competitor ever since from the full 2015 season through 2017. He nearly won the 2015 ST class championship co-driving with Andrew Carbonell.

At the end of this year’s IMSA season, the Continental Tire paddock extended a book of thanks – and somewhat off-color anecdotes to match Dwyer’s sense of humor – in a complete surprise to him ahead of the surgery.

That full story is below from Mazda Motorsports, along with Dwyer’s recent tweets of thanks.

“I swear, if people knew what happened in my life on a daily basis,” said Marine Staff Sgt. (Ret.) Liam Dwyer, “they would say ‘how the $#%* are you racing?’”

Mazda racer Dwyer is currently at the Walter Reed Army Medical Center, recovering from an intensive but successful surgery on his right leg. It is the first of several major surgeries scheduled for him in the coming months, but it’s nothing new for the 36-year-old native of Litchfield, CT, who is a multi-time race winner in the IMSA Continental Tire SportsCar Challenge series.

Dwyer suffered grave injuries in 2011 when he stepped on an explosive while on patrol in Afghanistan. The blast meant his left leg was amputated at the knee, while his torso and remaining limbs suffered disfiguring injuries. He has survived approximately 50 surgeries since. If the recovery is a success, it means a life with more mobility and less pain for Dwyer. If he heals well (estimated at three months), Liam will become one of the first to undergo a new innovative procedure to place a rod in his left femur, allowing a healthier and more sturdy connection for his prosthesis.

While he admits that losing the ability to drive race cars is his biggest fear, the always-positive Dwyer has a new source of inspiration for his recovery. At the recent season-ending banquet for the IMSA Continental Tire series, he was presented with a hand-made, leather-bound book that had been signed with notes and well-wishes from nearly everyone in the IMSA paddock area to let him know they’re with him on his recovery. 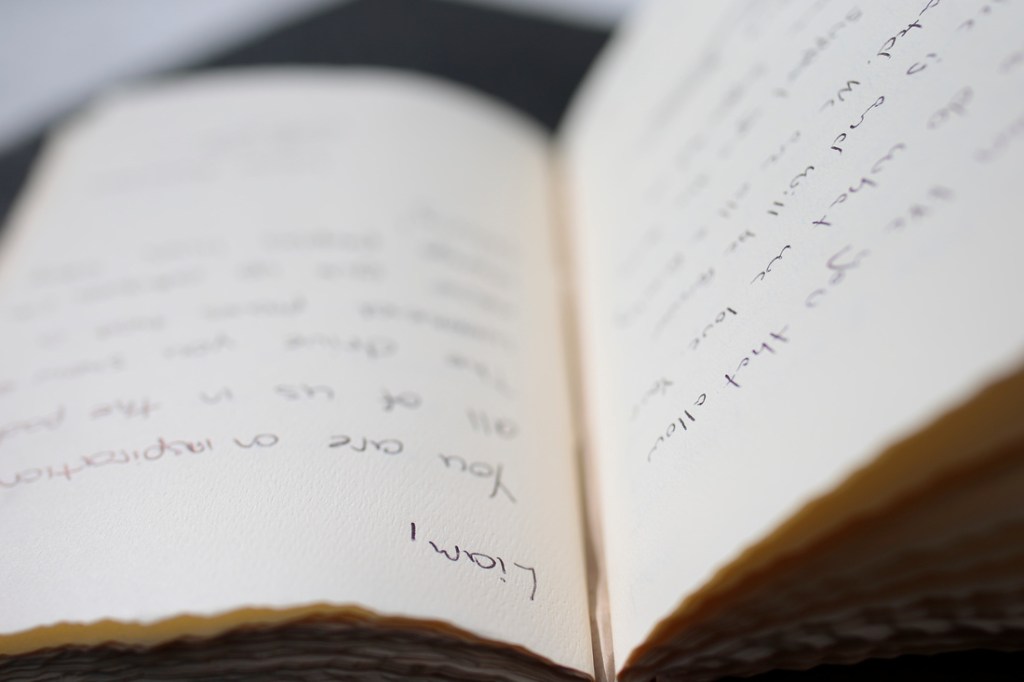 “I got called up on stage for this book,” Dwyer, who races a Mazda MX-5 for Freedom Autosport, said about the emotional surprise. “It was one of my proudest moments. Proudest in all of racing. I’ve put a lot of effort into what I do here. And, for that to be recognized by my fellow competitors, IMSA people, my crew members, other crew members, that means a lot.

“I’m not the guy that’s always qualifying in the front two or three, but that doesn’t go for lack of trying,” said Dwyer. “My biggest critic is myself. I take a lot of pride in what I do, really doing everything I can to get better at this. I think it’s shown with my growth every single year. But, for my fellow competitors and everyone around to see what I’m doing to get better. It makes it quite a bit easier because it keeps positive thoughts in your mind.”

The book was the idea of Sheri Herrmann, content and communications manager for Continental Tires, the series sponsor, who made sure everyone signed it while keeping it a secret from Dwyer.

“After hearing Liam describe the details of his surgeries, I knew they were serious procedures,” said Herrmann. “They will be life-changing for Liam, and will hopefully provide him a better day-to-day life. But it means time away from his racing family, so I wanted him to know that his racing family is there with him on this journey. Supporting him, praying for him, and giving him the encouragement he needs to get through what is sure to be a tough few months.

“In July, I began collecting messages of thanks, inspiration, motivation, and in some cases, probably some bad humor,” Herrmann said. “It certainly wasn’t easy hunting everyone down without Liam knowing. And a big thanks to Andrew Carbonell for helping secure messages from all the Freedom Autosport team. The end result was worth all of it. He will have this journal to lift him up on the bad days, provide a few laughs, and know how much he means to the Continental Tire SportsCar Challenge paddock.”

Dwyer still seems amazed at how many people he regards as legends took time to sign the book – or even know who he is.

“If what I do resonates through the paddock, it was awesome that people would tell me and thank me for it. They took their time to think about what they’re going to say and there was no holds barred with the…” the Marine Dwyer said, pausing while laughing about what good-natured coarseness he might find in the pages. “I’m probably going to read a few and say ‘that a%#hole!’ But, it’s from everyone’s heart. There are legends, and these guys are aware of who I am, they see what I do and that’s truly humbling. I think ‘you know who I am?! Really?!’ That’s very shocking because I don’t think I’m doing anything special. Going out there driving cars. So, that’s pretty awesome.”

Even the prospect of yet another “surprise” surgery hasn’t dampened his mood.

“Before the surgery, I mentioned to my doctor that I had been having some pain in my hand since July. I had noticed some atrophy and pain pushing my wheelchair,” Dwyer said. “I didn’t take it seriously. ‘Oh, it’s just some pain, don’t worry about it.’ But, the hand surgeon looked at it and said ‘Your thumb is dislocated!’ So, I have been racing all summer with a dislocated thumb. And how do you fix it? Yeah – surgery. So there’s another one for next year. It’s just a life of comedy here!”

Thank you to my wife and therapists at Walter Reed. I stood for the first time today since surgery pic.twitter.com/PQf3KD8aIV

From standing yesterday to walking today. At this rate of recovery I just might be in @MazdaRacing prototype at @Rolex24Hours pic.twitter.com/F9soBA6pkT

Discharged from the hospital today. Sleeping in my own bed tonight.

No rest for the wicked. Released from hospital yesterday, PT this morning pic.twitter.com/UrsUhfLLhM

Happy Veterans Day to all my fellow service members. And Happy Birthday to all my fellow Marines. 242yrs of winning battles, striking fear into the enemy, running to the fight, beer chugging, dirty joke saying, bar fight loving & no fear attitude of joy, pleasure, sadness & love