The 2017 Formula 1 season is barely in the rear view mirror, but that doesn’t mean it’s too early to think about 2018.

Pirelli will maintain the single-step difference between the soft, supersoft and ultrasoft compounds for the season-opening Australian Grand Prix, and also with the medium, soft and supersoft compounds at the Bahrain Grand Prix, which moves up to second on the 2018 calendar.

At the Chinese Grand Prix, Pirelli will have a two-step difference between two of the three compounds on offer. While the medium and soft compounds are used, a greater gap will see the supersofts eschewed for the ultrasofts there as the softest compound on offer.

A helpful graphic is below. 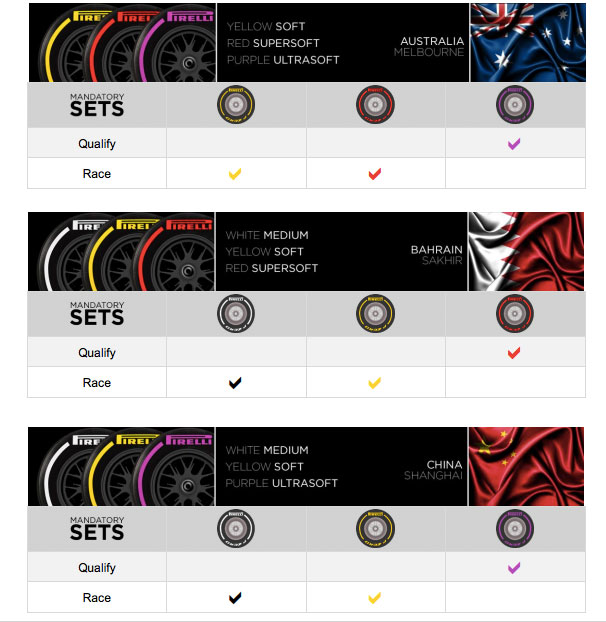