Young race car drivers, take note: never burn bridges with former sponsors. You never know when you may team back up with them again.

Bobby Rahal is the perfect example. Back in 1992, when he earned his third IndyCar championship, Rahal was sponsored by Total S.A., one of the largest oil and lubricant companies in the world.

Fast forward 26 years and Rahal and Total are once again partners, as it was announced Wednesday that the company’s TOTAL QUARTZ brand will become the official lubricant for the No. 15 Indy car that will be driven by Graham Rahal in the 2018 Verizon IndyCar Series.

In what is being termed a multi-year deal, TOTAL QUARTZ will serve as an associate sponsor on Graham Rahal’s car for the entire season, and will also serve as primary sponsor for April 15th Toyota Grand Prix of Long Beach. 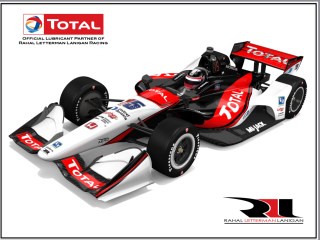 “I am very pleased to welcome Total back to the team after many years,” said Bobby Rahal, co-owner of Rahal Letterman Lanigan Racing, with David Letterman and Mike Lanigan. “Reuniting with a world class company like Total, that is not only the fourth largest oil and gas company in the world, but one that also has a long and successful history in motorsports globally, is very exciting.

“Renewing the relationship with them after having been together for my championship year in 1992 is a real thrill for me personally given our success. It is an exciting time for the company as they expand in North America. We look forward to helping spread the word and flying the Total colors at Long Beach as the primary sponsor and seeing them on our cars as an associate sponsor for many years to come.”

Total is a major player in motorsports, including partnerships in Formula 1, 24 Hours of Le Mans, World Rally Championship, and Dakar Rally, among others. It’s also the official lubricant partner of Mid-Ohio Sports Car Course and also the Red Bowl Global Rallycross series.

Rahal Letterman Lanigan was looking for additional sponsorship for this season for his son’s car, while Total was looking to partner with an IndyCar team. Because of Bobby Rahal’s relationship, once both sides started talking, it was a quick route to sealing a new deal.

“We looked to them, they looked to us,” Bobby Rahal said. “Consequently, the conversation was very lively, very passionate.

“Clearly having had a previous relationship didn’t hurt, that we had so much success before. I think clearly the success of the team over the last several years was a draw.

“For us Total represented in particular the potential of a real technical advantage that we might be able to fashion with them in terms of lubricants and what have you. It just seemed like a good fit as we approached it from both ends.”