One of Formula One’s longest-running traditions is over.

F1 officials announced Wednesday that it is eliminating its popular “Grid Girls” and “Podium Girls,” females who are goodwill ambassadors for the sport, particularly in victory lane and on the race grid before and after races.

“We feel this custom does not resonate with our brand values and clearly is at odds with modern day societal norms,” said Sean Bratches, F1’s managing director of commercial operations. “We don’t believe the practice is appropriate or relevant to Formula One and its fans, old and new, across the world.” 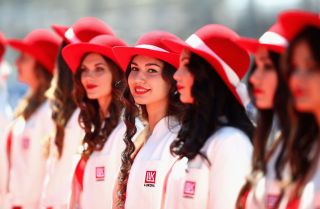 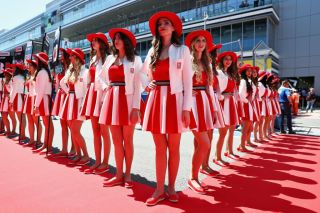 Well, judging from the overwhelming negative reaction on social media, one has to wonder just how much thought F1 officials gave to the decision and the resulting fallout.

The F1 season begins March 25 at the Australian Grand Prix.

Here’s a selection of tweets – including several from now-former “Grid Girls” opposed to F1’s move:

"Custom does not resonate with our brand values" https://t.co/zKqSwM8EUU

Grid girls will not feature in Formula 1 from 2018 season

The sport says the practice is "clearly at odds with modern-day societal norms"https://t.co/qvMTWaRQ5s #SkyF1 pic.twitter.com/xnGvkEGEZZ

One of these images is of a feminist. One is of women who should be banned because they objectify women and encourage young girls to become ‘decorative’ #beyonce #gridgirls pic.twitter.com/TCrsqNSsAk

Women complaining about feminism are losing women their jobs. good job ladies. It’s 22 races. Around 100 women from each race. Let’s round it up to 2000 grid girls across the world won’t be getting paid now (all for helping women) how? #gridgirls

I am more than a little upset about the decision to stop F1 Grid girls.. Here are some memories during my time as a Grid girl in Monaco Monte-Carlo that I will cherish forever 💕🏁 #f1 #GridGirls #walkongirls #RingGirls #formula1 pic.twitter.com/THZ2B8RW3C

"Scantily clad furniture", "sexualising women", "provocative", "Id never let my daughter wear a grid girl outfit"… just some of today's comments, yet people clearly haven't dont their research as these are my outfits from my 5 years in F1 #gridgirl #gridgirls pic.twitter.com/etbcCPnCC1

Spoke to the boss of a British racing team and got his thoughts on grid girls in motorsport #gridgirls #BTCC #F1 pic.twitter.com/fcUJU98rLz

Such a sad and frustrating week for us hard working girls that just want to do the job we love so much! #SaveOurGirls #SaveOurjobs #SaveTheWalkOnGirls #GridGirls pic.twitter.com/0SfDzeV9pu

Does one role make me a feminist and one not? The world has gone PC mad Lycra does not define the girl 🙄🤷🏼‍♀️ #gridgirls pic.twitter.com/h0hy2inqfZ

Get me on @thismorning so I can defend us #gridgirls
Because of these feminists, they’ve have cost us our jobs! I have been a grid girl for 8 years and I have Never felt uncomfortable! I love my job, if I didn’t I wouldn’t do it! Noone forces us to do this! This is our choice! pic.twitter.com/PUWcyB5BeG

So the inevitable has happened, F1 gridgirls have been banned. Ridiculous that women who say they are "fighting for women's rights" are saying what others should and shouldn't do, stopping us from doing a job we love and are proud to do. PC gone mad 😡 #Gridgirls

Grid girls, walk-on women…who else will the PC brigade put out of a job next?https://t.co/f8ncnQoBkq

Formula 1 dropping #gridgirls …Honestly what's wrong with them? They're not bikini-clad, they're dressed professionally in a chic look, doing their job, getting paid & causing no offence whatsoever 😑 pic.twitter.com/d2z7RbNJeS

There were some fans in favor of getting rid of “Grid Girls,” but they were few and far between in their support of the new F1 edict.

Podium, grid and walk on girls. Have GOT to go. I’m sure they love their job. It’s not about that. I don’t want my daughter watching men achieve while women are only there to decorate #gridgirls #podiumgirls #walkongirls

And then there’s a man who would like to see F1 replace “Grid Girls” with “Grid Guys” (oh, brother).

Pleased to see they’ve axed #gridgirls in F1. It was never right or fair. It was totally sexist, and ageist – all those young girls doing it. No chance for older men like me. I’m available as a Grid Man, if anyone is asking. Happy to wear tight shorts too…