Not only will she be going for the Top Fuel championship, Pritchett announced today that she’ll pilot a supercharged 2018 Dodge Challenger Drag Pak during NHRA Factory Stock Showdown events. 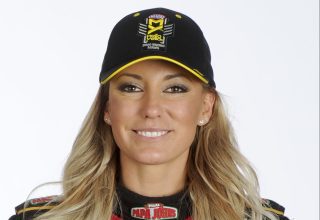 Pritchett’s crew chief on the 354-cubic-inch HEMI-powered Challenger will be Don Schumacher Racing employee Kevin Helms, and the car will be maintained by the DSR team.

Helms is a three-time champion in Stock Eliminator and was runner-up in the 2017 NHRA Stock and Super Stock classes.

Pritchett prepared for this year’s Factory Stock Showdown by competing in two events last season, which prompted her to run the full season in 2018. 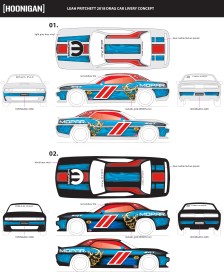 This will also be Pritchett’s second full-time season in Top Fuel. She won the first two races last season and three of the first five and looks to repeat as the 2018 season kicks off this weekend with the NHRA Lucas Oil Winternationals in Pomona, California.

“You should see the smile on my face, whether I’m talking about it or my team is talking about it,” Pritchett said. “It’s a dream come true. The double-duty aspect, I had a taste of it last year and honestly, I think it makes me a better racer overall.

“When we roll out in 2018, the Mopar Dodge Challenger Drag Pak will be put on the track by Don Schumacher Racing, which makes me feel fulfilled in every way. We have proven to have a very competitive racecar, and the goal is to be the quickest and fastest in both silos (Factory Stock and Top Fuel).”

One unique aspect of Monday’s announcement is that fans will pick the graphics (images above) on her race car. Go to www.hoonigan.com/LP to vote. Voting ends at 11:59 p.m. ET this Thursday.

The first event of the Factory Stock Showdown will be at the NHRA Gatornationals, March 15-18, in Gainesville, Florida.