Editor’s note: Today we kick off our weeklong coverage of the IndyCar season-opening weekend, capped off by the marquee event, Sunday’s Firestone Grand Prix of St. Petersburg. We will have several stories going forward over the next six days, as well as comprehensive coverage of race day Sunday.

As we prepare for the start of the 2018 Verizon IndyCar Series season this weekend in St. Petersburg, Florida, the key word heading into the campaign is “change.”

There are several storylines within the sport that are based upon change, namely, changes to the race car, as well as changes to driver lineups in several teams.

Here’s the top five storylines heading into the new season:

1. The new car: Without question, the biggest attention-getting change is the new body style and aero kit on the 2018 race car. 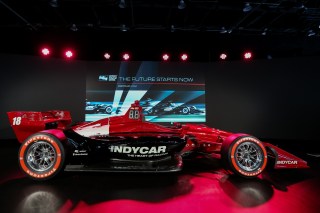 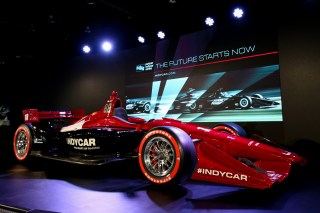 The new Dallara body is arguably the boldest, sexiest and sleekest looking car seen in the Indy car open-wheel ranks in many years.

Just looking at the car conveys speed — and lots of it. Plus, the new aero package that’s part of the design significantly cuts downforce, putting more control in a driver’s hands.

Whether powered by Honda or Chevrolet, the new Dallara body is already a big winner among drivers and teams. During last month’s test in Phoenix, virtually every driver extolled its virtues, with the biggest word used over and over being how much “fun” the car is to drive.

2. Downsizing vs. new teams: Two of the biggest teams in the sport have scaled back their lineups.

Team Penske has gone from a four- to three-car operation, with defending IndyCar champ Josef Newgarden, 2016 champ Simon Pagenaud and 2014 champ Will Power as the team’s IndyCar lineup. Helio Castroneves has moved over to Team Penske’s sports car operation in the IMSA WeatherTech SportsCar Championship series.

And Chip Ganassi Racing has scaled back from a three- to a two-car team for the first time since 2010.

3. New driver lineups: As they say in baseball, you can’t tell the players without a scorecard. And that’s very relevant to the IndyCar driver lineup for the 2018 season.

Several drivers have either changed teams, while others are coming into the sport for the first time.

* After four seasons with Chip Ganassi Racing, Tony Kanaan moves to A.J. Foyt Racing and the No. 14, replacing Carlos Munoz.

* Ed Jones will replace Kanaan in the No. 10 at Chip Ganassi Racing, which has downsized to just two cars this season, the other car being the No. 9 driven by veteran Scott Dixon.

* Former Indy Lights driver Matheus Leist replaces Conor Daly in the No. 4 at A.J. Foyt Racing. Leist, 19, becomes the youngest rookie driver on the IndyCar circuit since Marco Andretti in 2006. Daly, meanwhile, is expected to announce a ride in this year’s Indy 500 on Tuesday.

* After just one season with Andretti Autosport, 2017 Indianapolis 500 winner Takuma Sato returns to Rahal Letterman Lanigan Racing in the No. 30. In addition, RLL expands to become a two-car team for the first time in several years.

* Spencer Pigot is upgraded from racing only on road courses to a full season in the No. 21 with Ed Carpenter Racing, replacing J.R. Hildebrand. Also, Jordan King joins the team to drive the No. 20 on road and street courses, while team owner Ed Carpenter will compete in the No. 20 only in oval-track races.

* Danica Patrick (car number TBA) will compete in the final IndyCar race of her career when she races for Ed Carpenter Racing in this year’s Indianapolis 500.

* Russian driver Mikhail Aleshin is out at Schmidt Peterson Motorsports, replaced by Robert Wickens in the No. 6. Wickens spent the last six seasons competing on the German Deutsche-Tourenwagen Masters circuit.

* Dale Coyne Racing will have 2017 World Series Formula V8 3.5 champion Pietro Fittipaldi, for seven races in the No. 19, while Zachary Claman DeMelo will drive the other 10 races. Fittipaldi is grandson of two-time F1, two-time USAC and one-time CART champ Emerson Fittipaldi.

* Carlin Racing will have former CGR driver Charlie Kimball and Max Chilton in the No. 23 and No. 59, respectively.

* Gabby Chaves will run the full season for the new Harding Racing team in the No. 88.

* Rene Binder and Kyle Kaiser will split driving the No. 32 for Juncos Racing.

* Jack Harvey will compete in at least six races in the No. 60 for Michael Shank Racing.

Watkins Glen had originally been pressed into service in 2016 after the Grand Prix of Boston was abruptly cancelled just a few months before it was slated to be held.

Watkins Glen did a good job as a fill-in track when IndyCar needed one the most. Don’t be surprised that if the IndyCar schedule is expanded in the near future, that the series may return to one of the premier road courses in the country. It’s a no-brainer.

Will the most successful team in IndyCar history make it four titles in the last five seasons? Can Newgarden make it two in a row?

While the nucleus of the team remains intact, they’ll be without Castoneves, who has shifted to full-time sports car racing (although he’ll be in the Indy 500 for Team Penske).

Will the loss of Castroneves in IndyCar end up hurting Team Penske in the long run? Time will tell.

There’s a lot more to talk about this week as we continue the countdown to the season-opening race in St. Petersburg on Sunday. Stay with MotorSportsTalk as we have several more stories planned leading up to the race, as well as comprehensive coverage of the race weekend.