NBC Sports Group to Present More Than 80 Hours of Verizon IndyCar Series Coverage in 2018, Including Final Nine Races on NBCSN, NBCSports.com and the NBC Sports app

This Weekend’s Coverage from Phoenix Begins Friday at 8 p.m. ET with Live Qualifying on NBCSN

“The freshness the series appears to have – everyone is excited about IndyCar in a way we’ve not seen for some time.” – Play-by-play commentator Leigh Diffey

STAMFORD, Conn. – April 4, 2018 – NBC Sports Group kicks off its coverage of the 2018 Verizon IndyCar Series this weekend from ISM Raceway outside of Phoenix, Ariz., with live coverage of the Phoenix Grand Prix on Saturday at 9:30 p.m. ET on NBCSN. Pre-race coverage begins with IndyCar Live presented by Verizon at 9 p.m. ET. 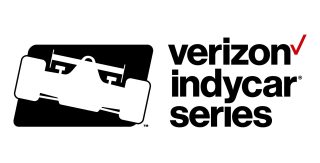 Lead IndyCar play-by-play commentator Leigh Diffey returns for his sixth consecutive season.  Paul Tracy, who won 31 career open-wheel races spanning INDYCAR, Champ Car, and CART, and was the 2003 CART Champion, returns for his fifth season as race analyst, and Townsend Bell, who has raced nine times at the Indianapolis 500 and was a member of the winning team at the 2014 Rolex 24 at Daytona, is back for his sixth season in the booth.

For the first time, this season’s pre-race coverage on IndyCar Live presented by Verizon will take place from the grid in the lead up to the command, bringing viewers even closer to the action prior to the race.

Rookie driver Robert Wickens took the pole in St. Petersburg, led the most laps of the race and was primed to win in his debut, but was contacted by 2016 Indianapolis 500 champion Alexander Rossi with two laps remaining and was knocked out of the race. Rossi went on to finish third. Defending series champion Josef Newgarden (Team Penske) finished seventh. Simon Pagenaud (Team Penske) won last year’s event in Phoenix, his first ever victory on an oval.

Pre-race coverage on IndyCar Live presented by Verizon will also feature an essay by Robin Miller on Sebastien Bourdais, examining his win in St. Petersburg less than a year after his crash in 2017 Indy 500 qualifying that fractured his pelvis and right hip. In addition, IndyCar Live presented by Verizon will document the events in Phoenix honoring the 25th anniversary of Mario Andretti’s final victory, which took place at Phoenix in 1993.

This weekend’s coverage begins on Friday at 8 p.m. ET with live qualifying on NBCSN. NBCSN will also air an encore presentation of qualifying on Saturday at 7:30 p.m. ET, leading into pre-race coverage on IndyCar Live presented by Verizon at 9 p.m. ET, and race coverage at 9:30 p.m. ET. Diffey (play-by-play), Tracy (analyst) and Bell (analyst) will call the action, while Lee, Snider, Miller and Hargitt will report from the pits.

Following are quotes from lead IndyCar play-by-play commentator Leigh Diffey ahead of this weekend’s race in Phoenix:

Diffey on the difficulties that ISM Raceway presents: “Any short oval is going to be difficult to conquer because the laps and race fly by so fast. You’ve got to be on your game on the track, and your strategist on their ‘A-game’ on the pit box. Any small errors are magnified on tracks like this, and it’s what makes short track oval racing so wild. The distance is short, the speeds are high, and the risk/reward is often nerve-wracking. Bring it on!”

Diffey on the 2018 season-opener in St. Petersburg: “The main takeaways from the season opener in St Pete were plentiful. A sampling would be how good the 2018-spec cars look, the variety of new drivers and team shake-ups, and the freshness the series appears to have. Everyone is excited about IndyCar in a way we’ve not seen for some time and that feels good. The results for a variety of drivers, like Bourdais, were heartwarming, but the way that Robert Wickens was left in the fence was not. He deserved better after dominating the day. He’s such a good driver that he’ll have his day on top of the podium sooner rather than later.”

Diffey on Team Penske, which only mustered a team-best 7th place finish at St. Pete from last year’s reigning series champion Josef Newgarden: “The Penske team feels it will be better on ovals than it showed on the opening street course race of the year. This is not a situation we see this blue-chip organization in very often, so it will be interesting to see how they engineer, drive and strategize their way out of it.”

Following is this weekend’s IndyCar schedule on NBCSN:

On March 21, NBC Sports Group and INDYCAR announced a new, multi-year media rights agreement in which NBC Sports acquired the rights to present all INDYCAR races, qualifying, practices, and Indy Lights races across its platforms beginning in 2019.

The Indianapolis 500 and seven additional Verizon IndyCar Series races will be broadcast annually on NBC, with all remaining races televised on NBCSN. All races will be live streamed to authenticated subscribers on NBCSports.com and the NBC Sports app. Details of NBC Sports’ 2019 INDYCAR schedule will be announced at a later date.

NBC Sports Gold – NBC Sports Group’s direct-to-consumer product – will offer a package to INDYCAR fans that features all qualifying and practices not televised live, all Indy Lights races, and full-event replays. Additional details, including the cost of the Gold offering, will be announced at a later date. Click here for more information.

VERIZON INDYCAR SERIES ON NBCSPORTS.COM AND THE NBC SPORTS APP

NBCSports.com and the NBC Sports app — NBC Sports Group’s live streaming product for desktops, mobile devices, tablets, and connected TVs — will provide live streaming coverage of the 2018 Verizon IndyCar Series via “TV Everywhere,” giving consumers additional value to their subscription service, and making high quality content available to MVPD customers both in and out of the home and on multiple platforms.