Defending winner of last year’s race, Pagenaud covered the one-mile oval at a speed of 182.375 mph.

Both Hinchcliffe and Marco Andretti got loose but managed to keep their cars off the wall. There were no other incidents of note in the one-hour session for the 23-car field.

Qualifying, which will be televised live by NBCSN, takes place tonight at 8 p.m. ET, followed by one final practice session at 11 p.m. to Midnight ET. 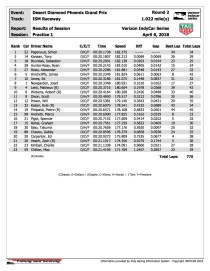 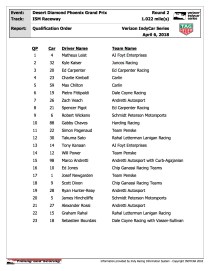