Final practice for Saturday’s Desert Diamond West Valley Casino Phoenix Grand Prix (9:00 p.m. ET, NBCSN) was held under the lights at ISM Raceway, and Carlin’s Charlie Kimball, in the No. 23 Tresiba Chevrolet, found himself at the top of the speed charts when the checkered flag waved on the final practice.

Kimball’s best lap of 179.797 mph bettered Chip Ganassi Racing’s Scott Dixon, whose best lap in the No. 9 PNC Bank Honda came in at 179.003 mph, with Kimball and Dixon the only two to break through the 179 mph barrier during the final practice.

A.J. Foyt Racing’s Tony Kanaan was third in his No. 14 ABC Supply Chevrolet, with Andretti Autosport’s Alexander Rossi fourth in the No. 27 MilitaryToMotorsports.com Honda. Harding Racing’s Gabby Chaves completed the top five in the No. 88 Chevrolet. Of note: pole sitter Sebastien Bourdais was 21st in the No. 19 SealMaster Honda for Dale Coyne Racing with Vasser-Sullivan.

The lone incident of the session came in the final minutes as Ed Carpenter Racing’s Spencer Pigot drifted high exiting Turn 4 and brushed the outside wall before coming to a stop on the front straightaway.

Pigot’s No. 20 Fuzzy’s Vodka Chevrolet did not suffer much damage beyond some bent suspension pieces, but it was just extensive enough to prevent him from going back out as the session came to a close.

Results from final practice are below. 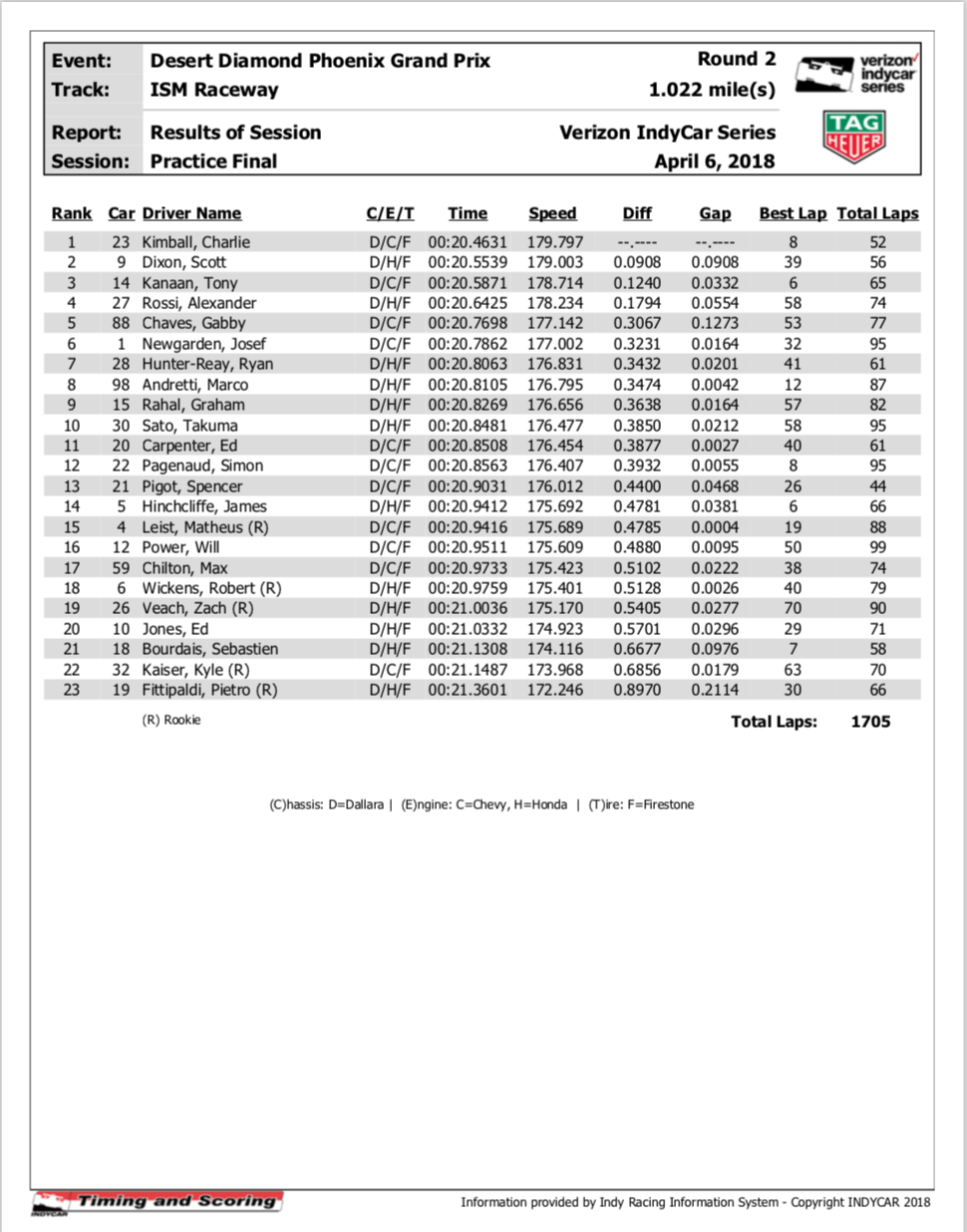