While others may be like fish out of water when they’re actually in water, that’s not the case with James Hinchcliffe.

The veteran IndyCar driver is almost at home under the sea as he is in his Honda race car.

Hinchcliffe showed his prowess as a certified scuba diver Wednesday at the Aquarium of the Pacific in Long Beach, California.

But he took things to the next level – some might say he took it to the next depth – by holding IndyCar’s first-ever “underwater press conference” during his diving exhibition.

Hinchcliffe wore a microphone and a listening device inside his wet suit and answered media questions posed to him. When he was originally asked to do the unique promotion, Hinchcliffe quickly replied in his own inimitable fashion:

“I jumped in with both fins,” he said.

Check out some additional photos of his watery adventure: 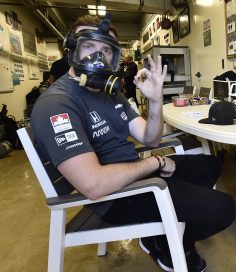 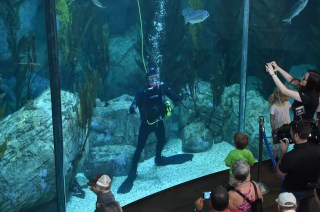 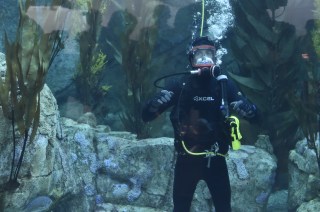 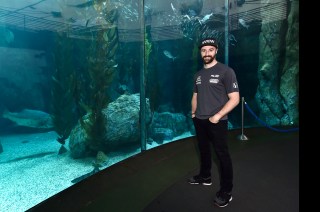 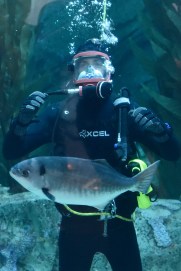