Rossi’s best lap of 1:08.556 nipped teammate Ryan Hunter-Reay in the final minutes, with Hunter-Reay clocking in at 1:08.7083 to make it an Andretti Autosport 1-2 in the session.

The only stoppage of the session came near the end, with the aforementioned Sato spinning in Turn 1 and hitting the wall on corner exit.

Sato was unhurt, though his No. 15 Honda did sustain damage to the right-rear and right-front, and the incident did bring the session to an end slightly before it reached the planned 45-minute mark.

Session leaders Rossi and Hunter-Reay nearly found the wall themselves during the session, with each getting within inches of the Long Beach barriers at various points during their runs. 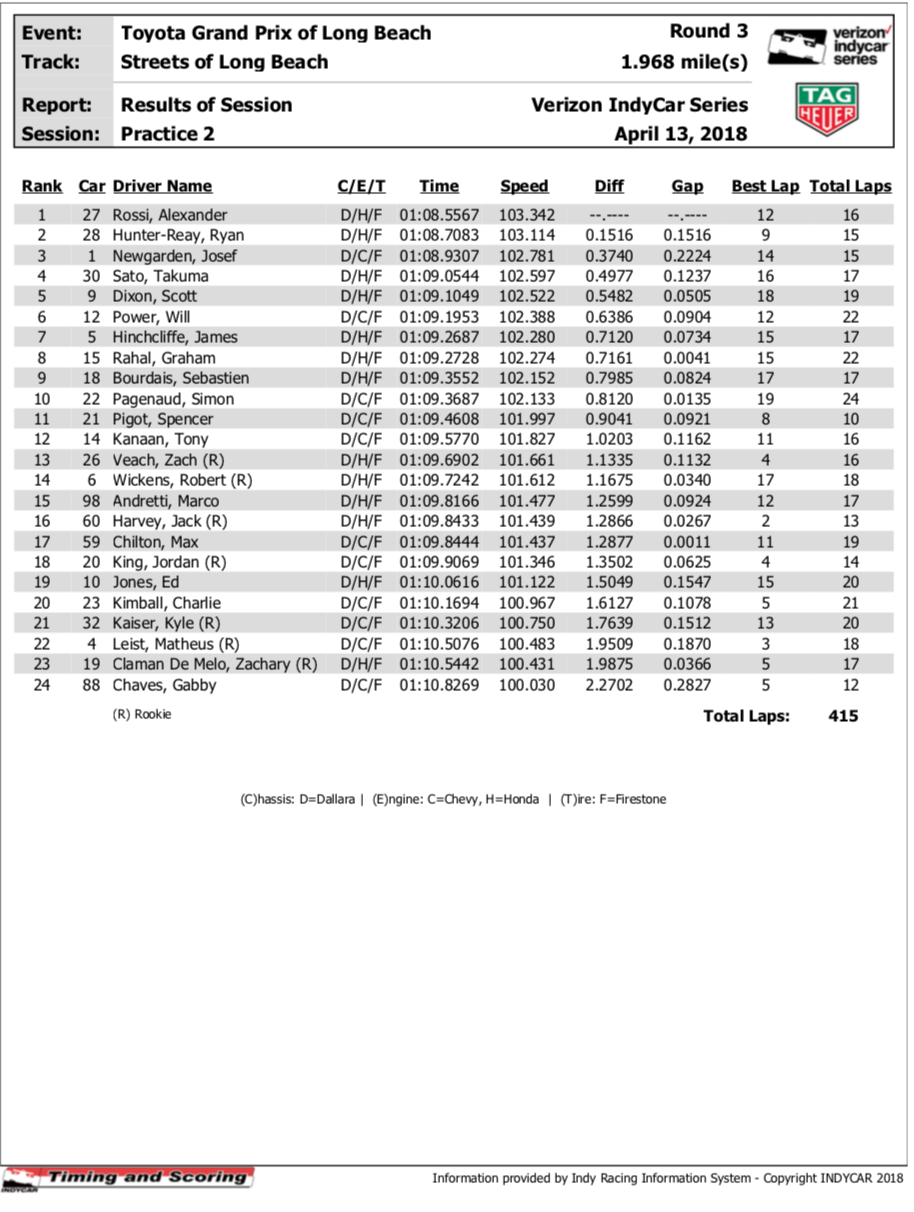