Will Power posted the fastest lap in the third practice session for the Grand Prix of Alabama at Barber Motorsports Park in Birmingham, Ala. with a speed of 122.953 mph.

The practice was interrupted several times for incidents.

Ed Jones spun off track in turn five after locking up his brakes with 30 minutes remaining in practice three. He was able to drive back to the pits under his own power.

With 20 minutes still on the clock, Jordan King took a trip into the fence after posting a fastest lap of 121.753 mph. He sustained substantial left side damage to his car and came back to the pits on the hook.

“I’m annoyed really,” King said afterward on the live stream at IndyCar.com. “I slightly locked the inside front, then just stayed off onto the grass and that was it. But I wasn’t really even pushing that hard.”

With two minutes remaining, Charlie Kimball lost power and pulled off the track, bringing an end to the practice session.

Dixon also had an off-road excursion. 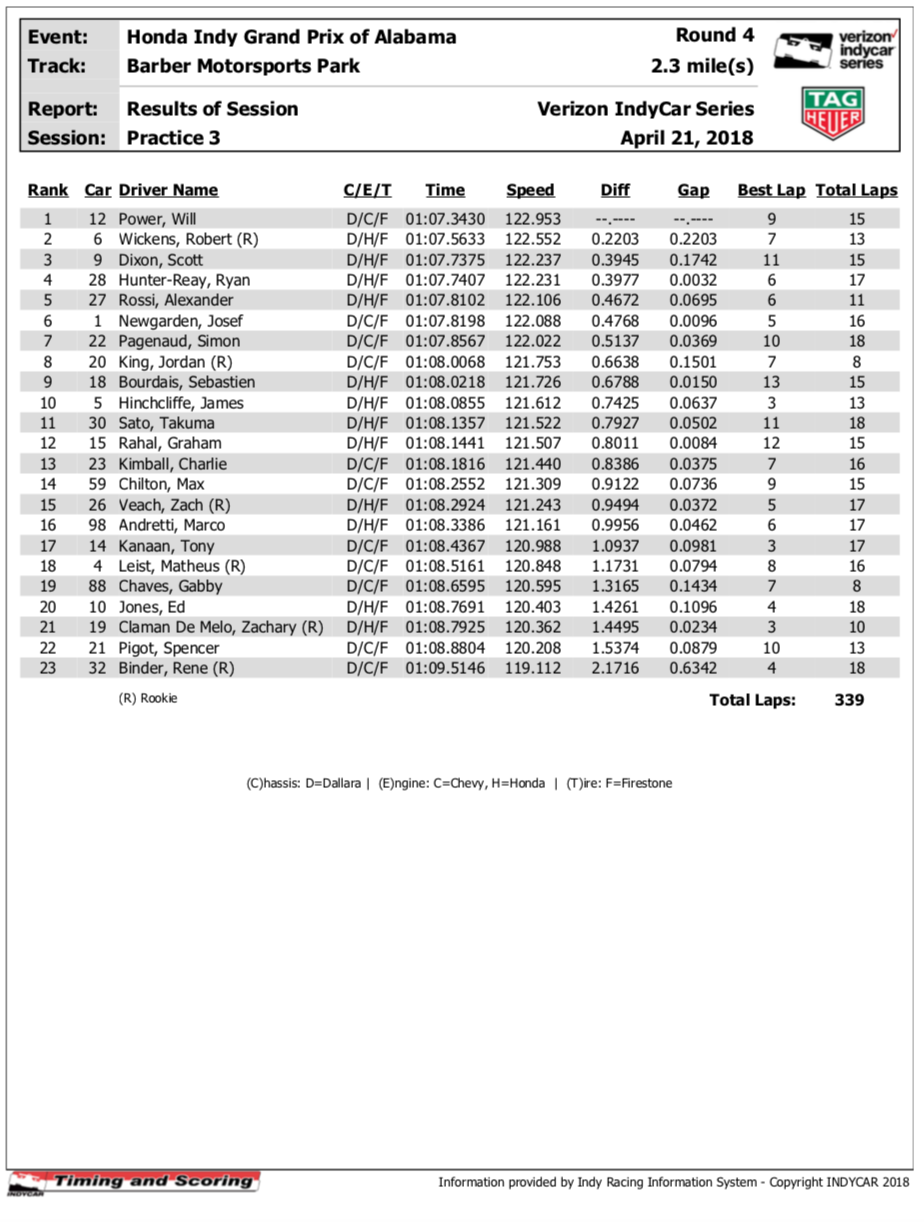