A.J. Foyt Racing’s Tony Kanaan Monday’s test at the Indianapolis Motor Speedway on top, with a quick lap of 226.181 mph to lead the 21 drivers who took to the track.

The former Indianapolis 500 winner was also the only driver to average above 226 mph in the afternoon.

Harding Racing’s Gabby Chaves turned in an impressive lap at 225.630 mph to end the day in fourth, with Chip Ganassi Racing’s Scott Dixon rounding out the Top 5.

Helio Castroneves, on his return to the IMS oval, was tenth quickest, while Dale Coyne Racing’s Sebastien Bourdais was sixth on his return after last year’s horrifying crash in qualifying, in which he suffered fractures to his hip and pelvis. 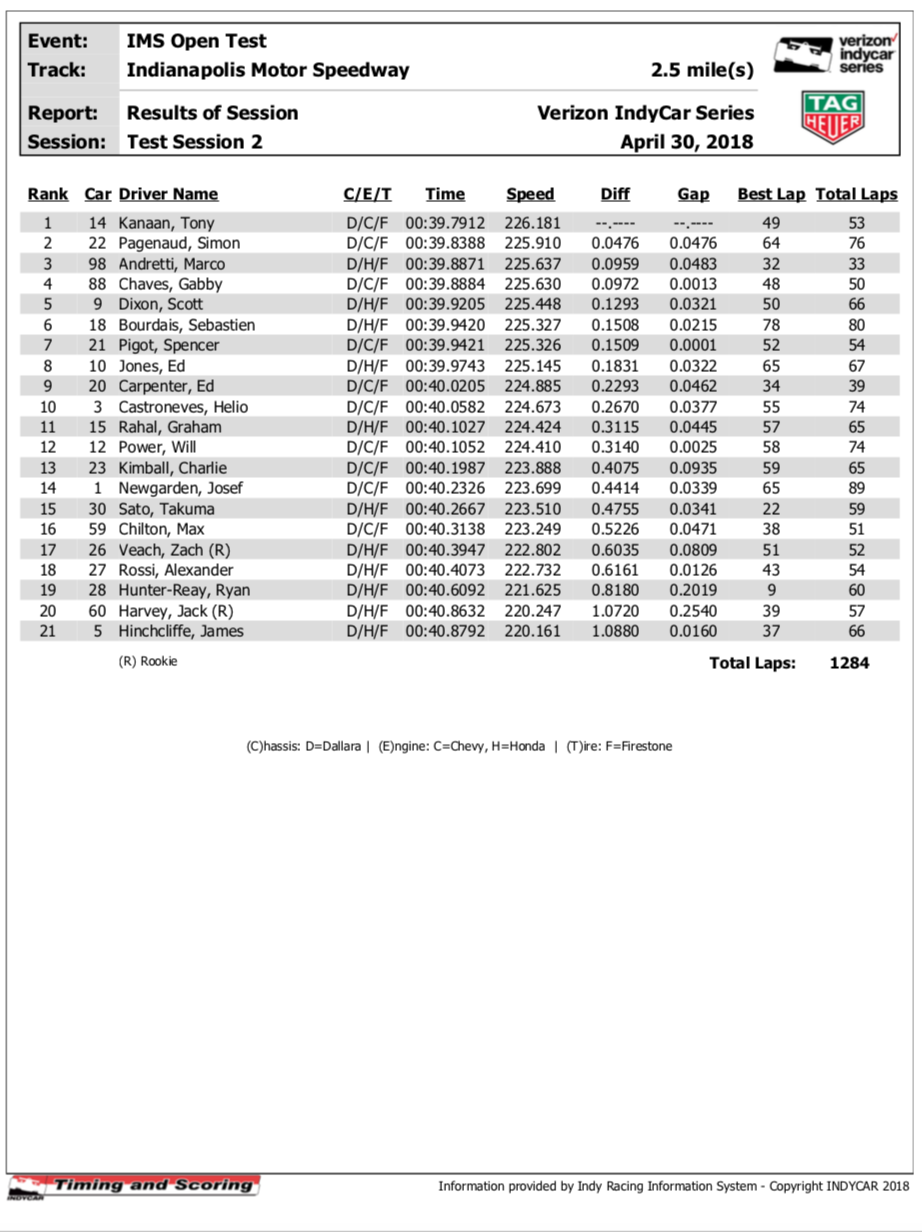