Dixon’s best lap of 1:10.81 was two hundredths of a second quicker than Team Penske’s Will Power, with the polesitter ending up second in the warm-up session.

The session saw two red flags in the 30 minutes of running. Marco Andretti suffered a mechanical problem on his No. 98 U.S. Concrete Honda, and elected to shut the car off and pull off course.

Later, a flock of geese invaded the track during the session, forcing a second red flag to relocate them away from the track. A similar situation occurred in testing on the Indianapolis Motor Speedway last week, when geese ventured on track as Schmidt Peterson Motorsports’ Robert Wickens was attempting to complete his Rookie Orientation Program.

Results are below. The INDYCAR Grand Prix rolls off at 3:30 p.m. ET. 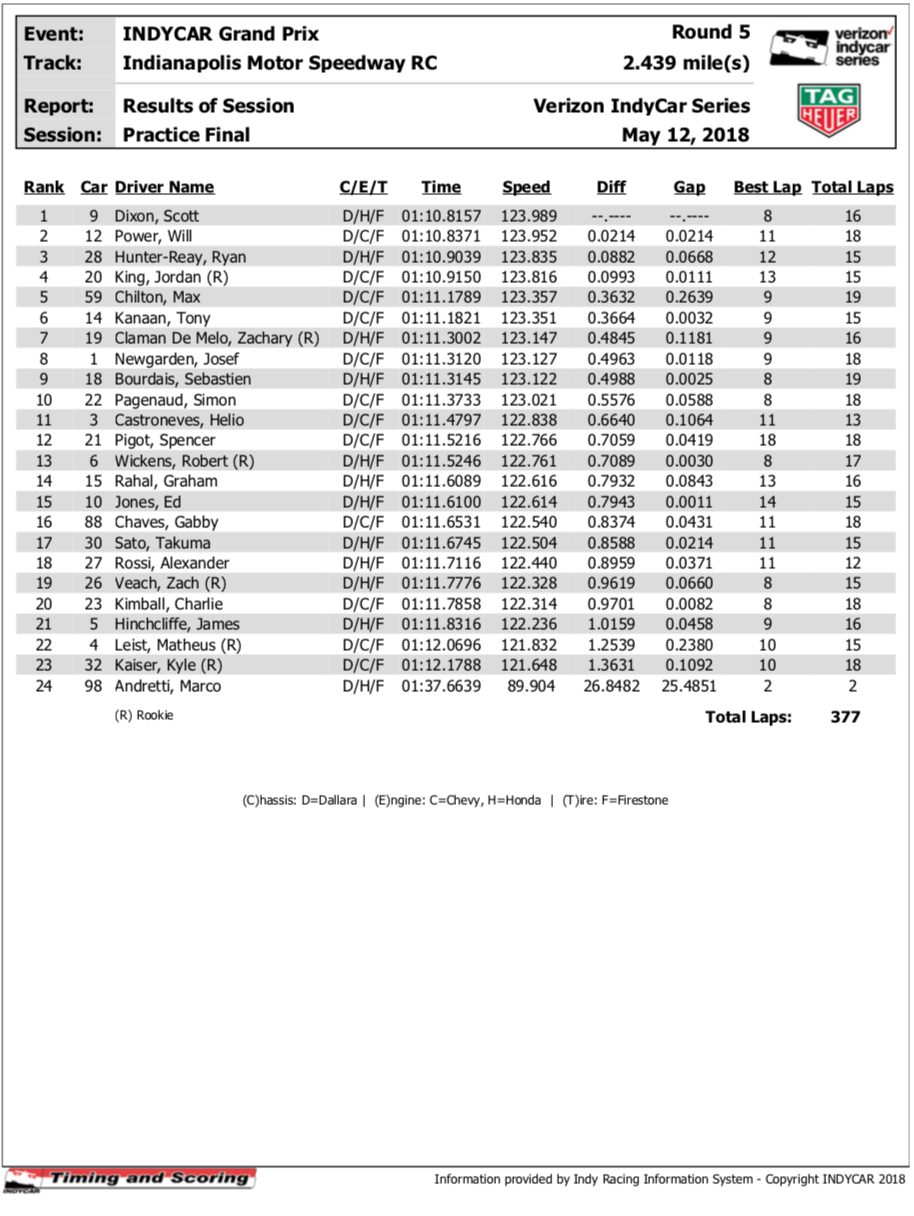