Andretti Autosport’s Marco Andretti led the way on Day 2 of practice for the 102nd Running of the Indianapolis 500 Presented by PennGrade Motor Oil.

Andretti’s best lap of 227.053 mph was the only lap above the 227 mph mark on a day in which many focused on race runs. The day was also clean, with the only stoppages coming in the form of routine track inspections, resulting in over 3,300 laps turned around the 2.5-mile oval.

Of note: Tony Kanaan, who was sixth quickest overall, had the quickest non-tow lap of 223.048 mph.

At the other end of the speed charts, Conor Daly, Stefan Wilson, James Davison, Graham Rahal, and Zachary Claman De Melo were the bottom five on the day – taking spots 31-35 – with Daly having the slowest non-tow lap of the 35 drivers at 217.113 mph. 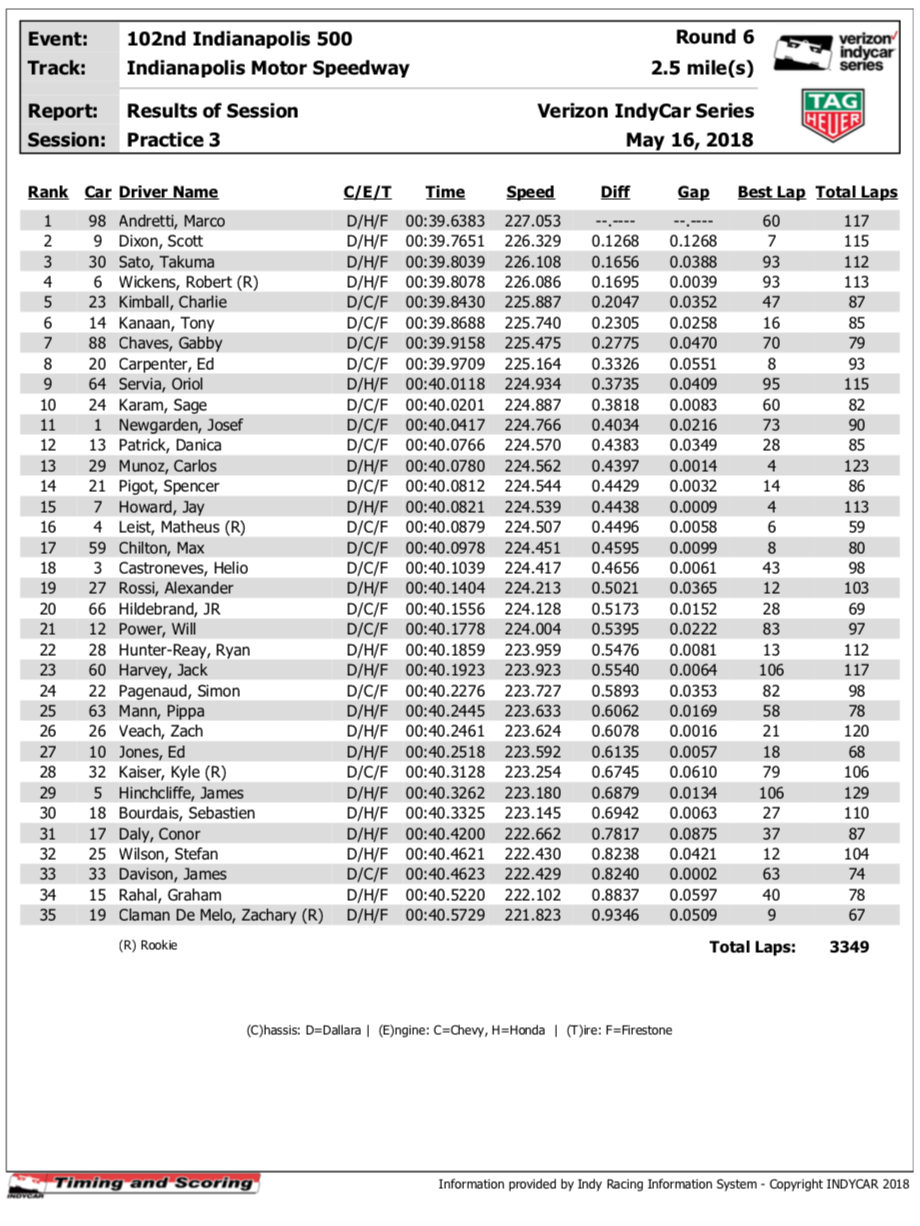