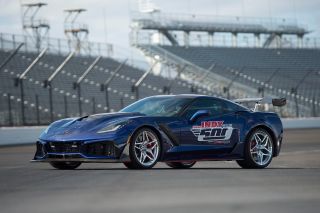 Oladipo was a fan favorite at Indiana University before he gave up his final year of eligibility to enter the draft.

He was acquired in last summer’s trade for Paul George and blossomed into an All-Star in his first season with the Pacers.

He averaged 23.1 points last season and is considered the front-runner for the NBA’s Most Improved Player award.

I’m honored to lead the #Indy500 field in the @TeamChevy Pace Car this Memorial Day weekend come out and support and I will see you there!!! @Pacers fans wave to me from @IMS grandstands on Race Day.