In the combined times, Ryan Hunter-Reay was fastest overall. But, Simon Pagenaud topped the all-important no-tow speeds with a lap of 229.409 mph.

Pagenaud’s Team Penske teammates Helio Castroneves, Josef Newgarden, and Will Power were second, third, and fourth on the no-tow chart – and they were also the only four drivers from the Top 9 who went out for practice.

Of the drivers who qualifying between positions 10 through 33, Alexander Rossi had the quickest no-tow speed of 227.779 mph.

Combined results are below. Qualifying begins at 2:30 p.m. ET. 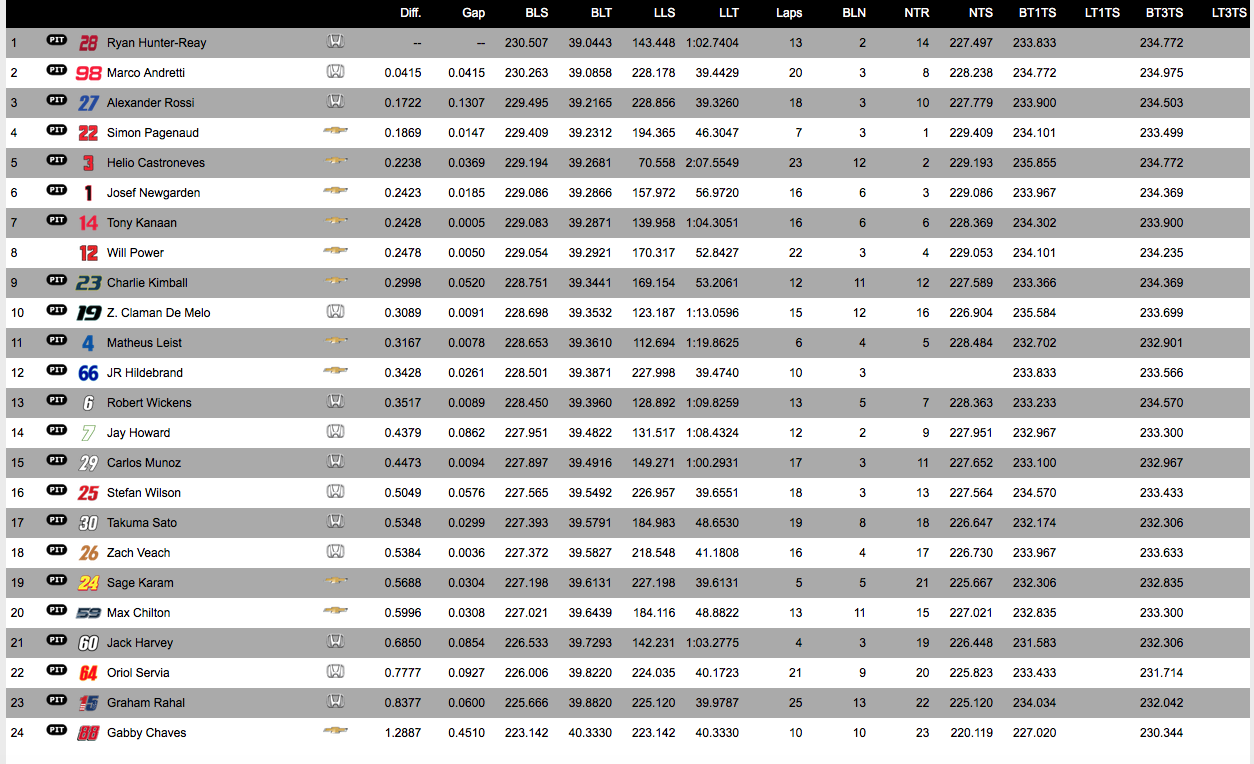