All three series of the Mazda Road to Indy Presented by Cooper Tires visit their first ovals of the 2018 season, though they’ll be at different venues to do so.

But, for all three, each event represents the first oval race of the year, a unique challenge after a string of road and street courses.

Ovals proved to catch a couple MRTI drivers out last year, and they’ll all look to capitalize on the first left-turn-only event of the year.

Talking points for all three series are below. 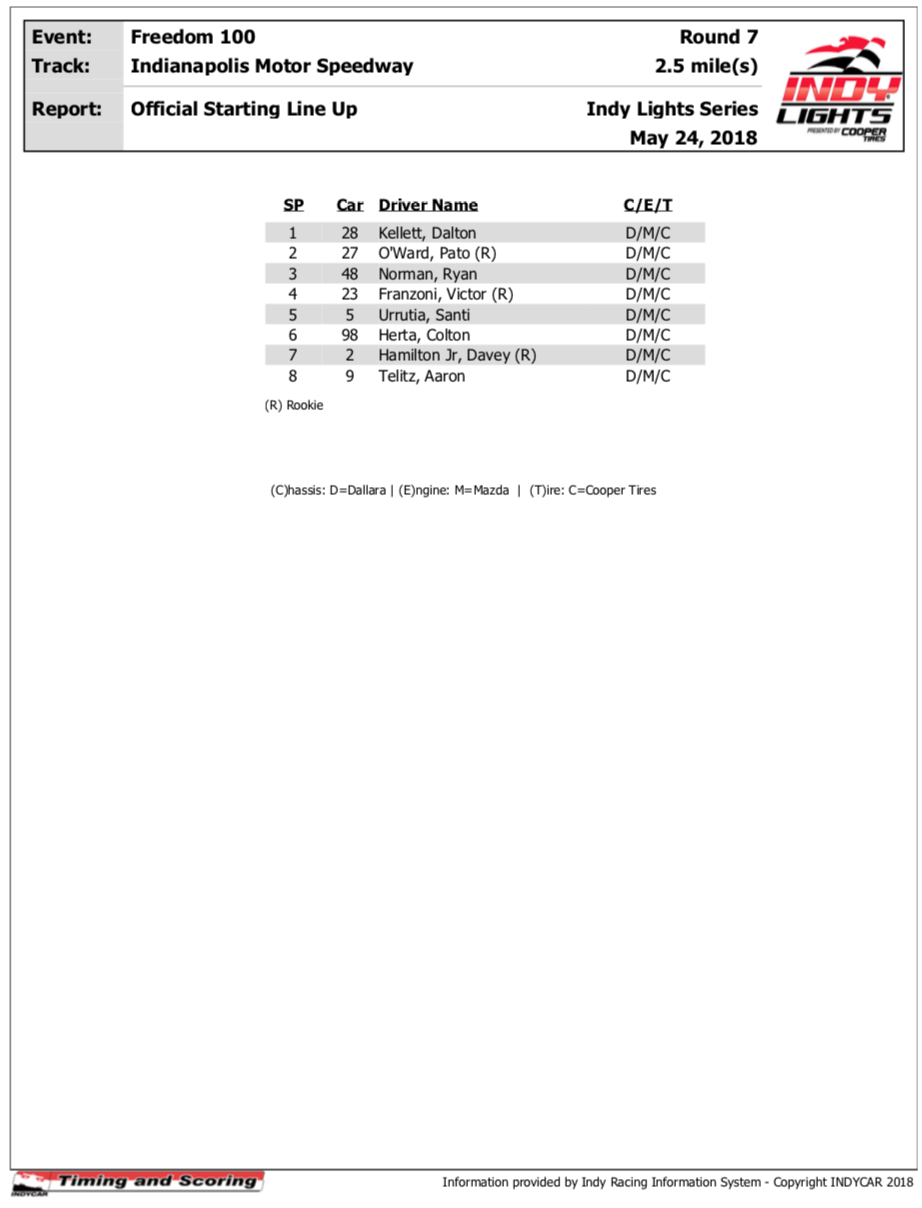