INDIANAPOLIS, Wednesday, May 30, 2018 – Longtime Indianapolis Motor Speedway and INDYCAR Senior Director of Medical Services Dr. Henry Bock, a pioneer in motorsports safety and medical treatment, died May 26 in Indianapolis. He was 81.

Bock, an emergency medicine specialist at IU Health Methodist Hospital and Sidney & Lois Eskenazi Hospital in Indianapolis, served as senior director of medical services at IMS from 1982-2006 and in the same role for INDYCAR since its inaugural race in 1996 through the end of the 2006 season.

Bock also worked as a consultant for IMS and INDYCAR after his retirement from both organizations.

“Dr. Henry Bock was one of the great leaders in safety for everyone involved in motorsports – drivers, crew members and spectators,” said Tony George, chairman of the board of Hulman & Company, Hulman Motorsports and the Indianapolis Motor Speedway.

“His work saved many lives and helped to form the standard for care today, and his selfless dedication to safety and innovation will influence the sport he loved for a very long time.” 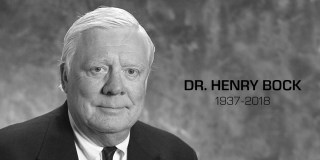 Bock was a familiar, trusted specialist to every driver who was cared for at the infield medical center at IMS and at IndyCar Series events throughout the United States. He also worked tirelessly to promote motorsports safety, producing revolutionary advancements in treatment of injured drivers and helping to create state-of-the-art medical facilities at racetracks across North America.

Perhaps the greatest of Bock’s numerous contributions was his work on the development of the Steel and Foam Energy Reduction (SAFER) Barrier, one of the most revolutionary safety advances in motorsports history, which debuted in 2002 at IMS.

Bock began his motorsports medicine career in 1966 when he was a medical student at Indiana University School of Medicine. After graduation from IU in 1968, he served as a medical provider/consultant to the production crew of the motion picture “Winning,” starring Paul Newman and with scenes filmed at IMS.

In 1970, Bock joined the emergency medical staff at Methodist Hospital of Indiana in Indianapolis. He was instrumental in establishing the LifeLine Air Medical Transport Service at Methodist in 1979.

In the late 1970s, Bock travelled with the United States Auto Club’s Champ Car safety team as an on-track physician and served as an assistant to IMS Medical Director Dr. Thomas Hanna, before succeeding his mentor in 1982.

Bock was a longtime member of the International Council of Motorsports Sciences, an organization of medical professional and scientists dedicated to improving injury prevention and promotion of safety in the motorsports industry.

Bock was recognized by the National Highway Traffic Safety Administration (NHTSA) for his contribution to emergency medical services and was named as the 1998 Indy Racing League Achievement Award winner for his outstanding contributions to driver safety and the success of the series.

In 1999, Bock was recognized with the Safety Award from the Championship Drivers Association. In 2004, he received the Herb Porter Award for his contribution to the development of the SAFER Barrier.

Bock also received the Sagamore of the Wabash distinction from Indiana Governor Frank O’Bannon in 2000, a top civilian honor given in the state of Indiana.

Bock is survived by a brother, Bob, and a sister, Marianne.