A very wet qualifying for Race 2 of the Chevrolet Dual in Detroit saw Andretti Autosport’s Alexander Rossi master the tricky conditions enough to secure his second pole of the 2018 Verizon IndyCar Series season.

Like for Race 1, qualifying for Race 2 saw the field split into two groups, with the fastest driver overall between the two groups taking the pole, and the remaining drivers in his group assuming the odd-numbered positions on the grid.

With Rossi in Group 2, that means all of the Group 2 drivers will take third, fifth, seventh, and so on for the starting grid.

Wickens, in Group 1, leads the even-numbered grid slots, starting second, with the rest of group taking fourth, sixth, eighth, and so on.

Of note: Tony Kanaan (Group 1) and Josef Newgarden (Group 2) brought out red flags in their respective sessions, meaning that each lost their two fastest laps.

.@TonyKanaan found trouble out of the gate.

His incident brought out the red flag.

Since he caused the red flag, he's unable ❌ to go back out.

RED FLAG in Race 2 Qualifying.@josefnewgarden slides 💦 into the tire barrier in Turn 11.

He'll lose his 2 quick laps and is finished for the session.

And, Juncos Racing elected not to run Rene Binder, fearing conditions put them at too big of a risk for damaging the car, which may have prevented them from starting Race 2.

Qualifying results are below. Race 2 of the Chevrolet Dual in Detroit rolls off at 3:30 p.m. ET. 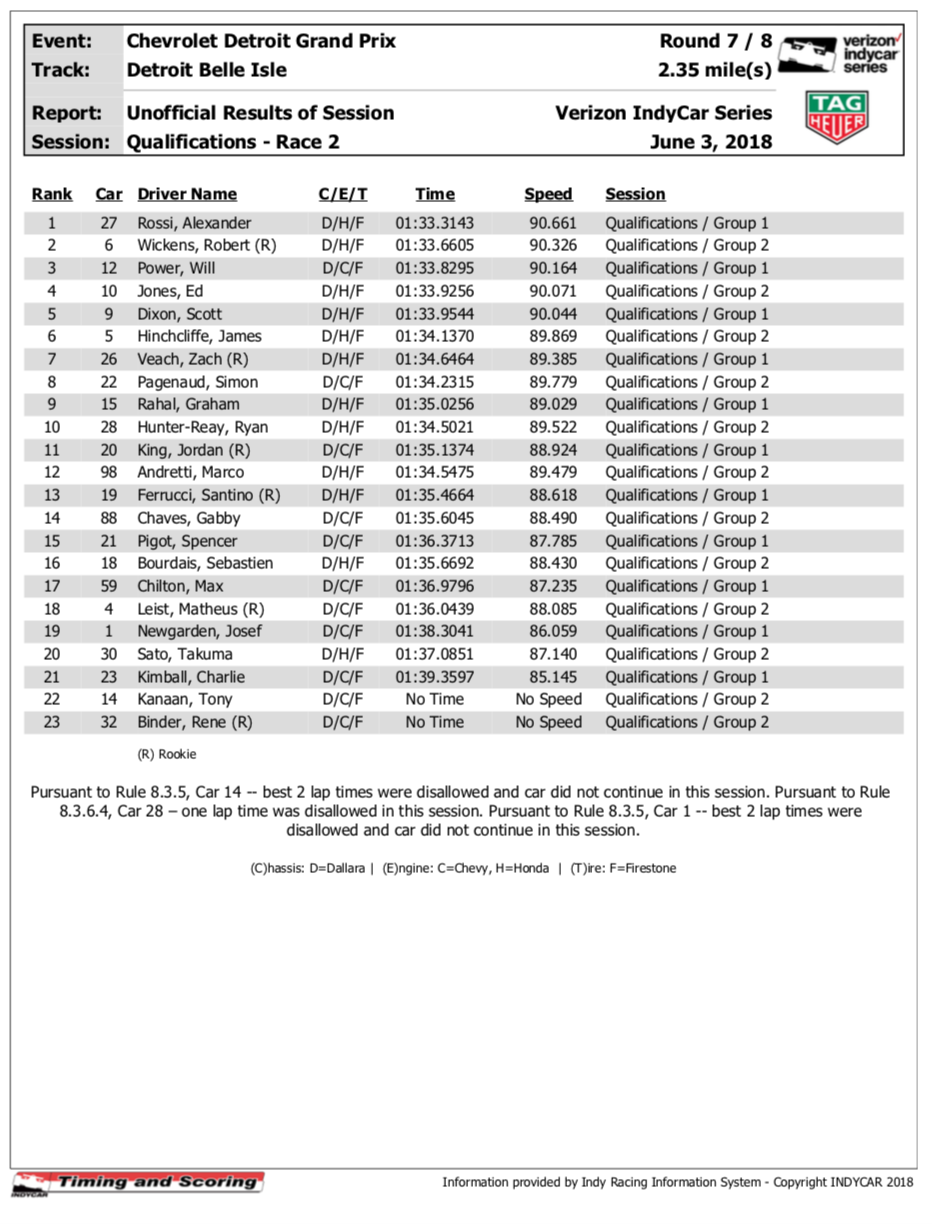