Sebastien Bourdais was third for Dale Coyne Racing, while the Rahal Letterman Lanigan Racing duo of Takuma Sato and Graham Rahal were fourth and fifth.

Although there were no incidents or stoppages during the session, there were several nervous moments as drivers ran in close quarters at various times.

Examples of this are below, with Zach Veach getting a big run Matheus Leist, and Graham Rahal pulling off an outside pass on Josef Newgarden.

📹 REPLAY: @GrahamRahal tests the outside on this pass!

Robert Wickens also had a nervous moment of his own, clipping the grass on the front straightaway dog-leg, though the Schmidt Peterson Motorsports driver was able to keep control of his No. 6 Lucas Oil Honda.

📹 REPLAY: @robertwickens clips the grass and saves it!👀

Results of final practice are below. Saturday night’s DXC Technology 600 sees coverage begin at 8:00 p.m. ET on NBCSN, with the green flag set for 8:45 p.m. ET. 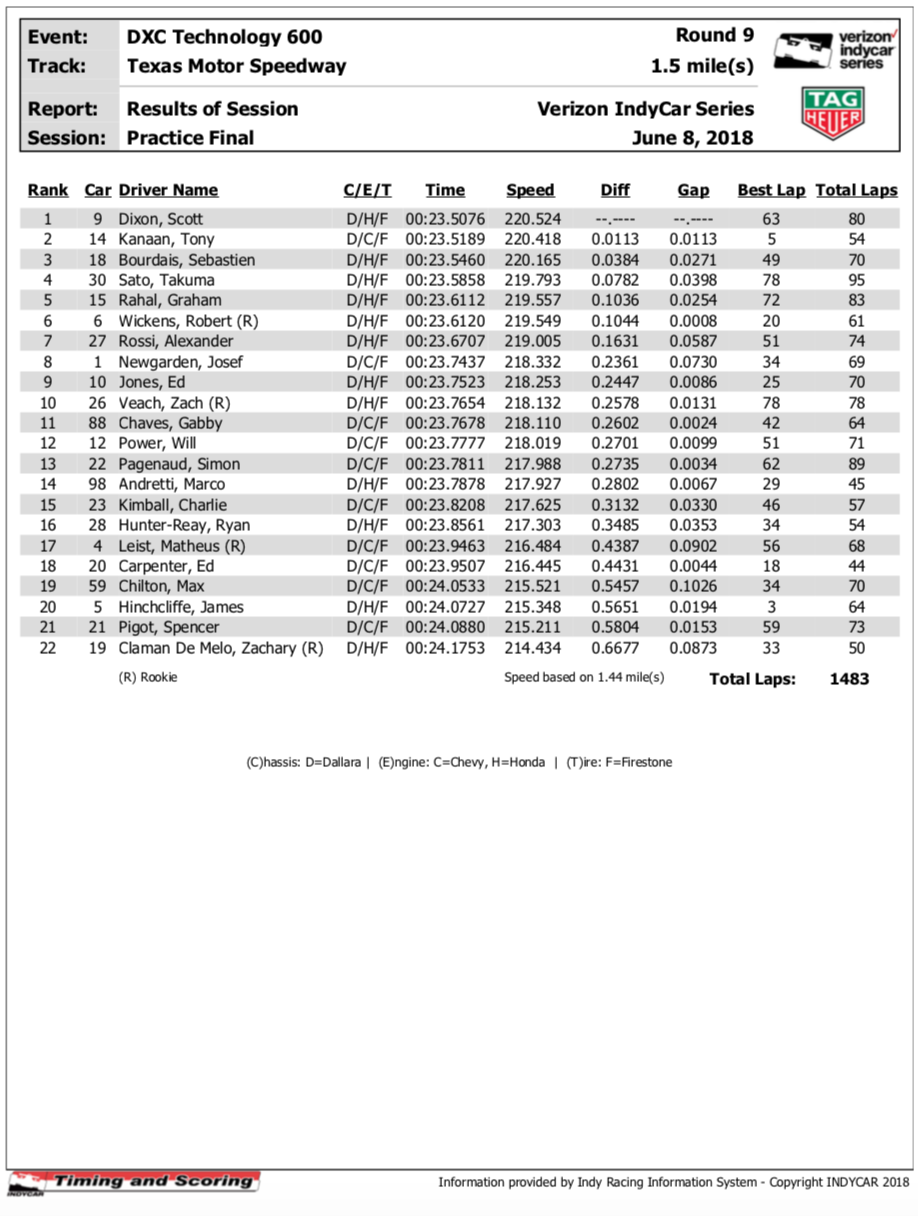