Josef Newgarden captured the pole in what was a Team Penske sweep of the top three in positions in qualifying for Saturday night’s DXC Technology 600 at Texas Motor Speedway.

Newgarden posted a two-lap average 220.613 mph, bettering teammates Simon Pagenaud (220.311 mph) and Will Power (220.194). Power actually appeared to be on a pole run on his first lap, but hit the hard rev limiter entering Turn 3, which cost him valuable time.

Newgarden’s pole is his second of the year, and his third since joining Team Penske last year – it’s also the fourth of his Verizon IndyCar Series career.

“We fought all weekend. To come here and have speed in all the race cars is really nice,” Newgarden said afterward. “I think it comes down to a lot of things, the team, the personnel we have. We have some of the best people in the paddock. You can see that. When you have cars go 1-2-3, it shows the competitiveness of all the cars.”

Robert Wickens, who tied Tony Kanaan for the fastest time in practice, posted a lap of 219.561 mph to qualify fourth.

Kanaan (219.157 mph) was unable to back up his practice speed and qualified sixth. Scott Dixon, Alexander Rossi, Takuma Sato, and Ryan Hunter-Reay rounded out the top 10.

Other notables include James Hinchcliffe (15th) and Graham Rahal (19th), both of whom struggled mightily in qualifying. 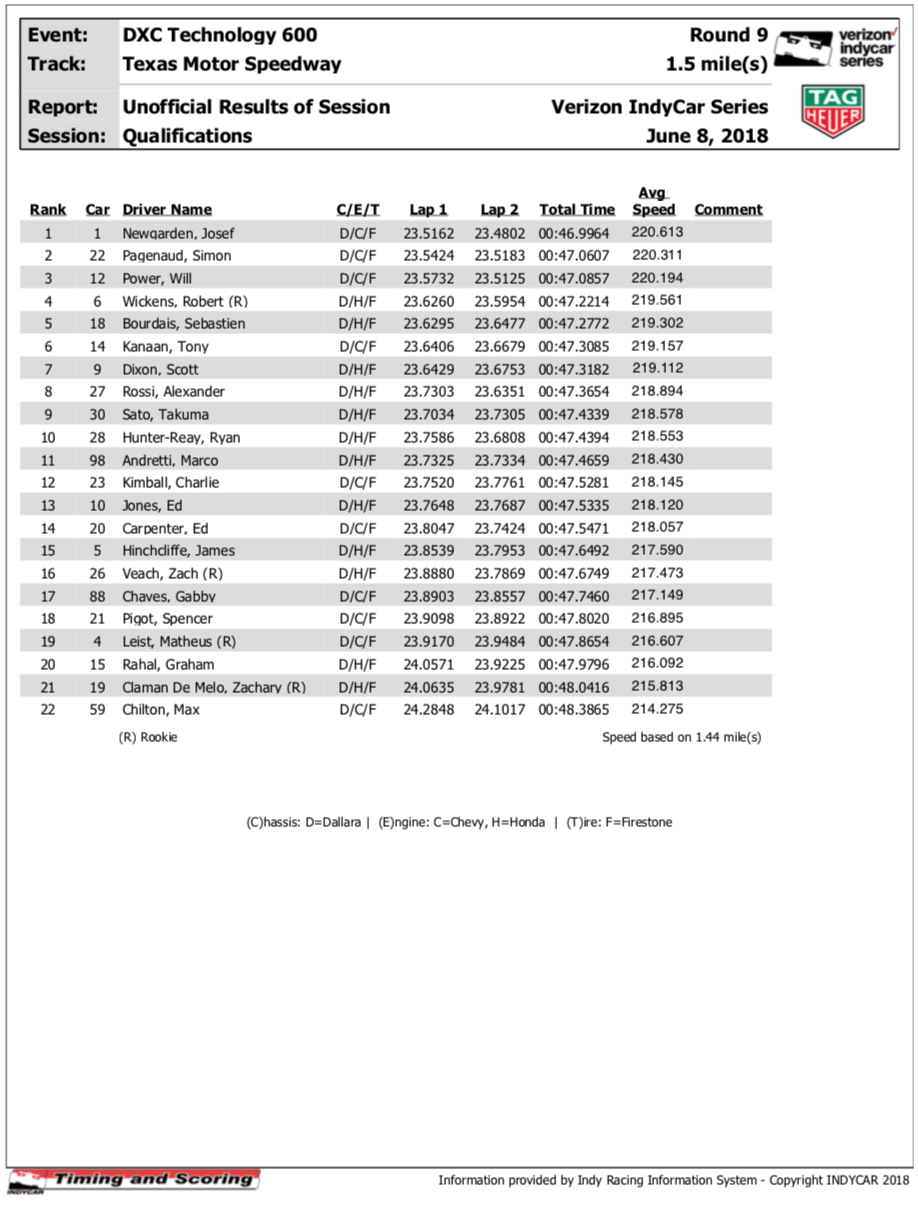