Josef Newgarden was quickest in the first of Friday’s two INDYCAR practice sessions at Road America in Elkhart Lake, Wisconsin. 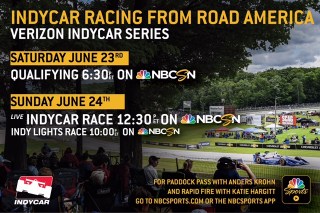 Alfonso Celis Jr., making his Verizon IndyCar Series debut and with Juncos Racing, was 22nd quickest in the 23-car field at 1:44.9164, while Gabby Chaves was the slowest driver on the course at 1:46.4485.

While there were no significant incidents during the 45-minute session, a number of drivers struggled in several turns, primarily due to some lingering puddles from overnight rain, as well as on rumble strips that threw their cars into adjacent grass areas.

The weekend’s main event, Sunday’s KOHLER Grand Prix, takes the green flag shortly after 1 p.m. ET. Make sure to tune in to NBCSN for the live telecast of the race. 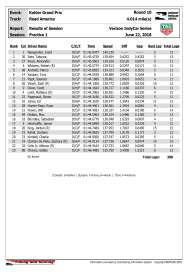