Team Penske’s Josef Newgarden and Will Power were 1-2 in Saturday’s first of two practice sessions for Sunday’s Iowa Corn 300 at Iowa Speedway. 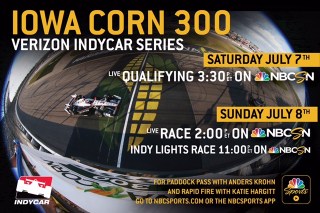 There was one incident in the session. About 14 minutes in, rookie Matheus Leist of A.J. Foyt Racing lost control of his car coming out of Turn 2 and slid, backing into the outside wall.

“To be honest, I don’t know what happened, just locked up the rear coming out of (Turn) 2,” Leist told the INDYCAR Radio Network. “That’s racing. Things like this happen.

“It’s actually the first time I’ve ever crashed on an oval. It’s a weird feeling. Let’s get the car ready for qualifying.”

REPLAY: @MatheusLeist has been checked, released and cleared from the infield hospital 🏥 following this incident.

Damage was moderate to the rear of the car, which makes it likely the team will go to a backup car, given that qualifying takes place this afternoon in just a few hours at 3:30 p.m. ET.

One other incident of note came with about four minutes left in the one-hour morning practice when James Hinchcliffe spun coming off pit road. He did not make any contact and was able to continue.

The morning practice resumed about nine minutes after Leist’s incident.

A second practice session of the day takes place after qualifying at 6:45 p.m. ET.

Sunday’s Iowa Corn 300 will take the green flag around 2:40 p.m. ET and will be televised on NBCSN. 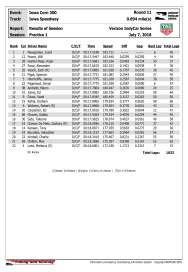 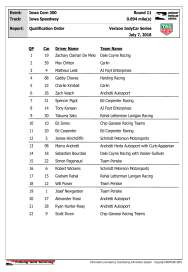