Even though he won the Indianapolis 500 in May, Will Power needed a big lift after DNFs in the last two Verizon IndyCar races (at Texas Motor Speedway and Road America).

“I had to lift late in the corner, a little bit loose in one and two,” Power told the INDYCAR Radio Network. “That was about all I had.”

It’s Power’s 52nd career IndyCar pole and his fourth at Iowa, including his second straight. 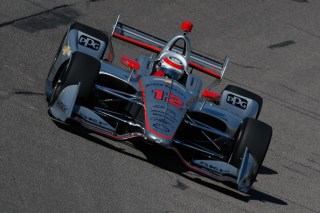 “I love this place, it’s a real tough boring little oval,” Power said. “I’ve been trying to win this one for so long. I’m obviously starting the race in a good spot.”

Power then added with a chuckle, “It’s a big year for me if I win the Indianapolis 500 and at Iowa. If I was looking at a list of things to do, that would almost top the list.”

“We had a real good lap,” Newgarden said. “Just missed it. Starting on the front row is a good job for Team Penske.”

“I’m pretty happy,” Wickens told the INDYCAR Radio Network. “I was worried that I wouldn’t even crack the top-10.”

There was one near-miss in Turns 3 and 4 when James Hinchcliffe almost lost control of his car.

“Not ideal on a qualifying effort, for sure,” Hinchcliffe told the IndyCar Radio Network. “It caught me a little bit coming off Turn 4. I had to keep my foot in it and hope I could hold on.” 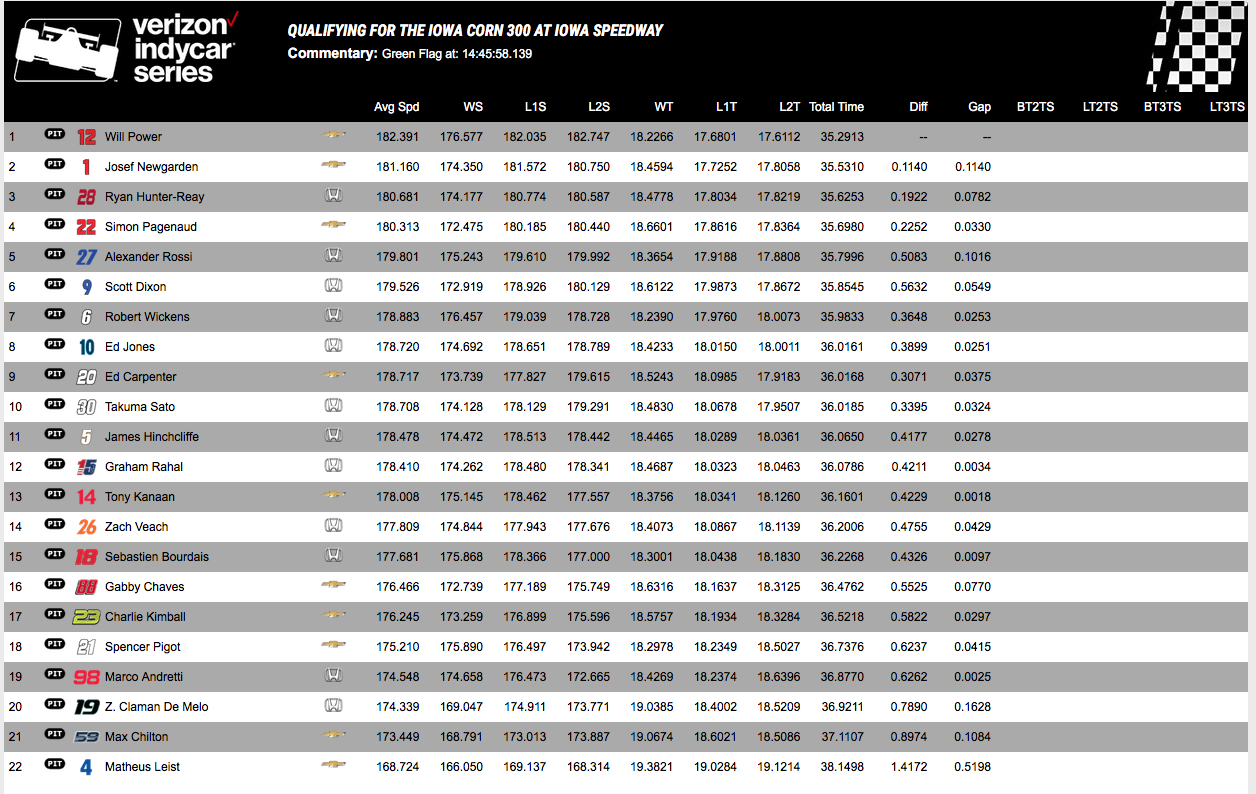