Here’s virtually everything you need to know about this weekend’s Honda Indy Toronto INDYCAR race just west of downtown Toronto:

Push-to-pass parameters: 200 seconds of total time with a maximum time of 20 seconds per activation.

Firestone tire allotment: Seven sets primary, four sets alternate. Teams must use one set of primary and one new set of alternate tires in the race. 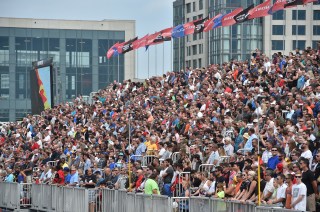 Advance Auto Parts INDYCAR Radio Network broadcasts: Mark Jaynes is the chief announcer alongside analyst Anders Krohn. Jake Query and Nick Yeoman are the turn announcers with Dave Furst and Rob Howden reporting from the pits. The Verizon IndyCar Series race is broadcast live on network affiliates, Sirius 217, XM 209, IndyCar.com, indycarradio.com and on the INDYCAR Mobile app. All Verizon IndyCar Series practice and qualifying sessions are available on IndyCar.com, indycarradio.com and on the INDYCAR Mobile app, with qualifying also available on Sirius 219 and XM 209.

Video streaming: All practice sessions and qualifying for the Honda Indy Toronto will stream live on RaceControl.IndyCar.com and on the INDYCAR YouTube channel (www.youtube.com/indycar).