Sato’s quick lap of 58.677 seconds is also an unnofficial track record – Simon Pagenaud set the mark last year at 58.91 – possibly setting a precursor ahead of Saturday’s qualifying. Honda has also topped every session so far, with Chip Ganassi Racing’s Scott Dixon leading both of Friday’s practices as well.

.@TakumaSatoRacer unofficially has the new track record with a ⏱️of 58.6777 seconds! 😱

Josef Newgarden was second quickest with a time of 58.775, but also saw his session come to an end just before time expired in what was the lone incident of session.

Robert Wickens slid wide exiting Turn 8 and nosed his No. 6 Lucas Oil Honda for Schmidt Peterson Motorsports gently into the tire barrier. Newgarden, in the aftermath, then spun into the same tire barrier.

While the incident brought out a red flag and ended the session a few seconds shy of its full 45 minutes, neither car appeared to be damaged badly.

Will Power, Alexander Rossi, and Spencer Pigot rounded out the top five. 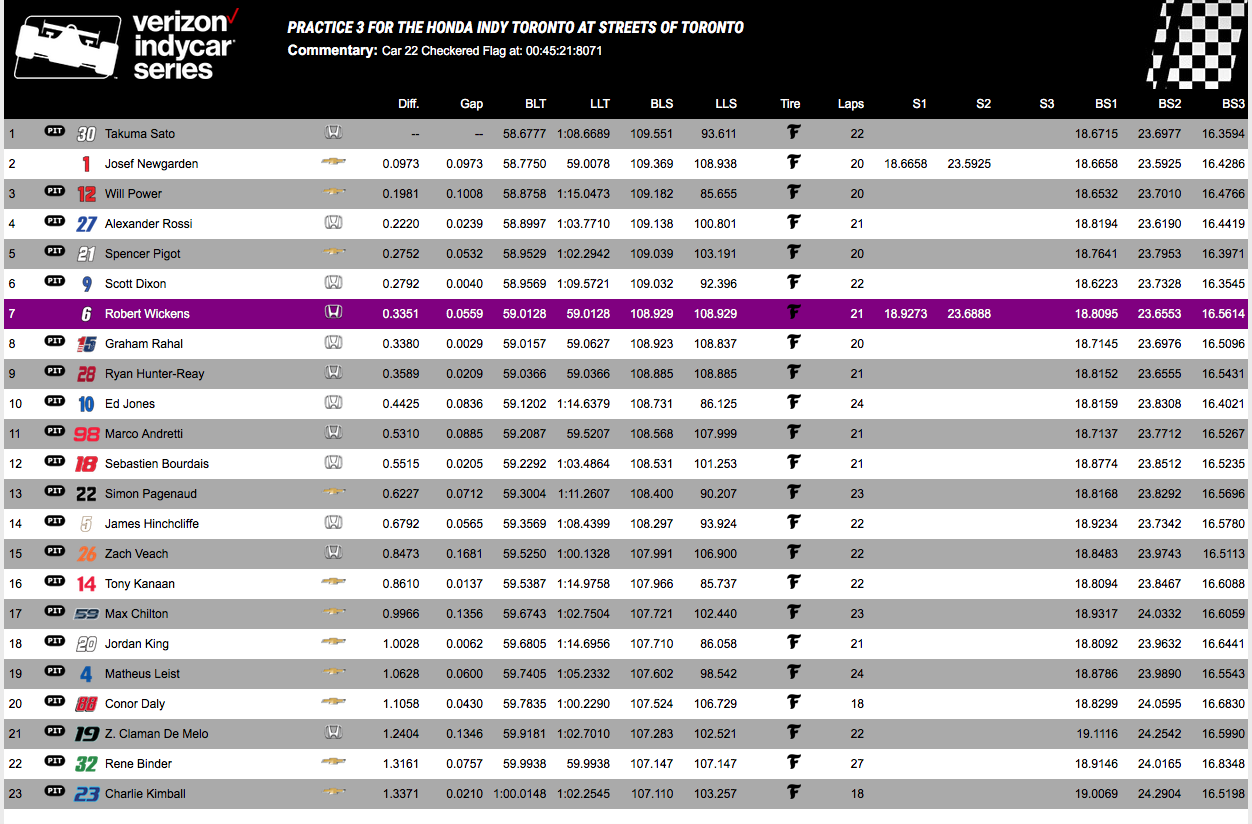