Josef Newgarden ranked third, and the top three drivers all broke the track record set by Justin Wilson in 2005 (57.597).

Marco Andretti and Will Power rounded out the top five in opening practice.

The session ran uninterrupted until a pair of stoppages in the final minutes for separate incidents. Zach Veach spun off in Turns 10 and 11, but came to a stop without hitting the barriers.

Alfonso Celis Jr., in the Juncos Racing No. 32 Chevrolet this weekend, also spun off in the same area in the final seconds before ending up in the grass off of Turn 11. However, like Veach, Celis Jr. did not hit anything, though his incident did bring the session to an end.

Of note: Dixon’s main championship rival Alexander Rossi ended up seventh, and Carlos Munoz was 22nd for Schmidt Peterson Motorsports – Munoz is subbing for Robert Wickens, who was transferred to Indiana University Health Methodist Hospital in Indianapolis on Thursday, where he will continue to receive treatment for injuries sustained in a crash at the ABC Supply 500.

Pietro Fittipaldi did not set a time as Dale Coyne Racing battle brake issues on his No. 19 Honda.

Also of note: Tony Kanaan, who was 23rd in opening practice, and wife Lauren welcomed a new daughter, Nina, into the world on Friday. Kanaan tweeted the below picture of his new daughter in making the announcement.

🇺🇸 While I was in Portland @laurenbohlander and this little nugget decided to surprised me. Welcome Nina Bohlander Kanaan 7lbs. 11oz
20.5 inches. Glad you have 3 brothers to protect you 😜
Dad has to race but I will see you at home on Sunday. pic.twitter.com/b0egylxmJH

Results for Practice 1 are below. Practice 2 is scheduled for 5:35 p.m. ET on Friday. 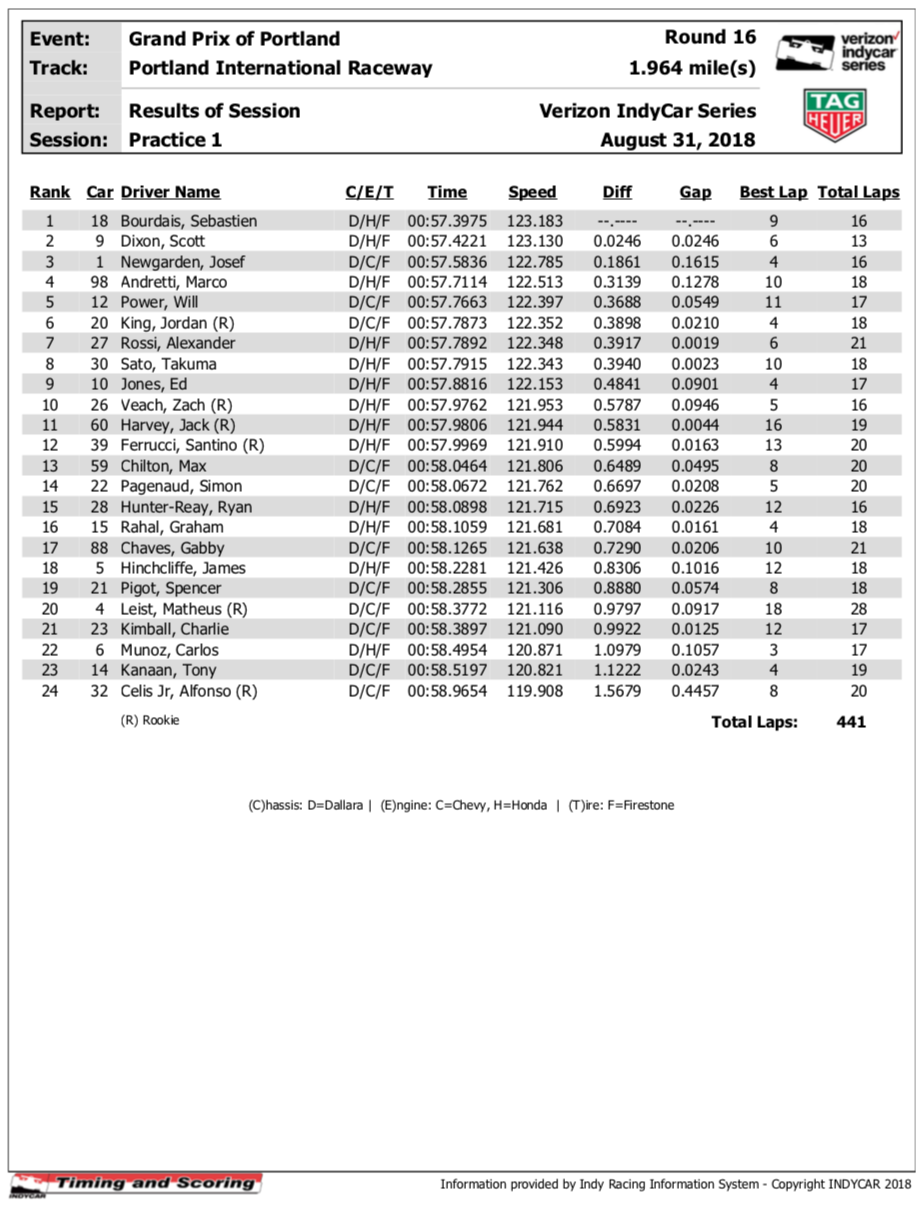