Sebastien Bourdais went quickest again in Practice 3 for Sunday’s Grand Prix of Portland (2:30 p.m. ET, NBCSN), turning a lap of 57.4707 seconds, only to then spin off the track right after doing so.

Bourdais, who jumped ahead of Graham Rahal to take the top spot as the session neared its conclusion, lost control of his No. 18 Gorilla Automotive Products Honda in Turn 10 and backed into the tire barrier.

Just after turning the fastest lap of the session, @BourdaisOnTrack brings out a red and checkered flag for Practice 3. This is in the fastest part of the track 😳

Bourdais’ was not the only incident of the session. James Hinchcliffe brought out a red flag with roughly 30 minutes remaining after nosing into the tire barriers exiting the Festival Curves. Hinchcliffe’s No. 5 Arrow Electronics Honda broke loose exiting Turn 2 and slid off the track approaching the exit of Turn 3. Hinchcliffe ranked 25th at the end of the session.

The incidents for Bourdais and Hinchcliffe brought out the only stoppages of the session. 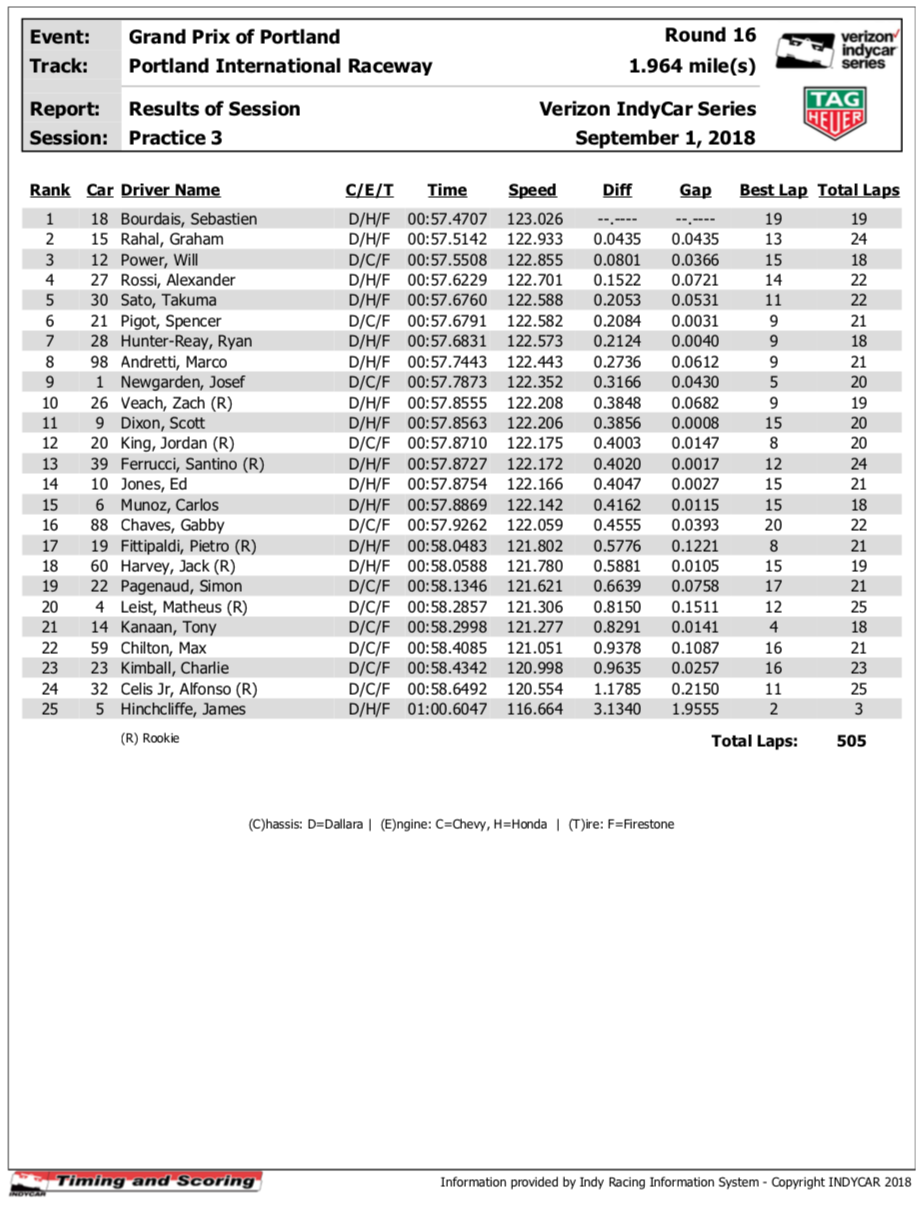