Will Power soared to the 54th pole of his Verizon IndyCar Series career during qualifying for Sunday’s Portland Grand Prix (2:30 p.m. ET, NBCSN).

Power’s best lap in the Firestone Fast Six came in at 57.3467 seconds, bettering Justin Wilson’s old track record (57.597 seconds) by over two tenths of a second.

Power’s Team Penske teammate Josef Newgarden made it a Penske front row lock-out by qualifying second, though his lap – a 57.6877 – was over three tenths of a second behind Power.

Power’s 54th pole put him clear of A.J. Foyt on the all-time list, putting second behind Mario Andretti, who has 67.

“Yeah, I mean, obviously to be up with names like Foyt, pretty special, humbling,” Power said in the post-qualifying press conference. “I need to catch Mario now. I don’t think that will happen, that’s a lot of poles. But, yeah, unbelievable. I would never have dreamed of being up there with names like A.J. Foyt.”

For Power, who trailed Dixon by 68 points entering the weekend, Sunday’s race is vital for his championship hopes, and he feels he is in a must-win situation.

“You know, the end of the day we have to win,” he asserted. “We have no shot at Sonoma if we don’t. We know that. We’ll take risks depending on the situation. But unpredictable. We’re aware that we have to finish not only ahead of Alex and Scott, but quite ahead. If they’re in the top three, it makes it very difficult for us.”

Alexander Rossi, who trails Scott Dixon by 26 points in the championship, qualified third, with Sebastien Bourdais rebounding from a crash in Practice 3 to qualify a strong fourth.

While Rossi enjoyed a strong outing in qualifying, Scott Dixon struggled somewhat, as he failed to advance to the Fast Six and settled for 11th on the grid. 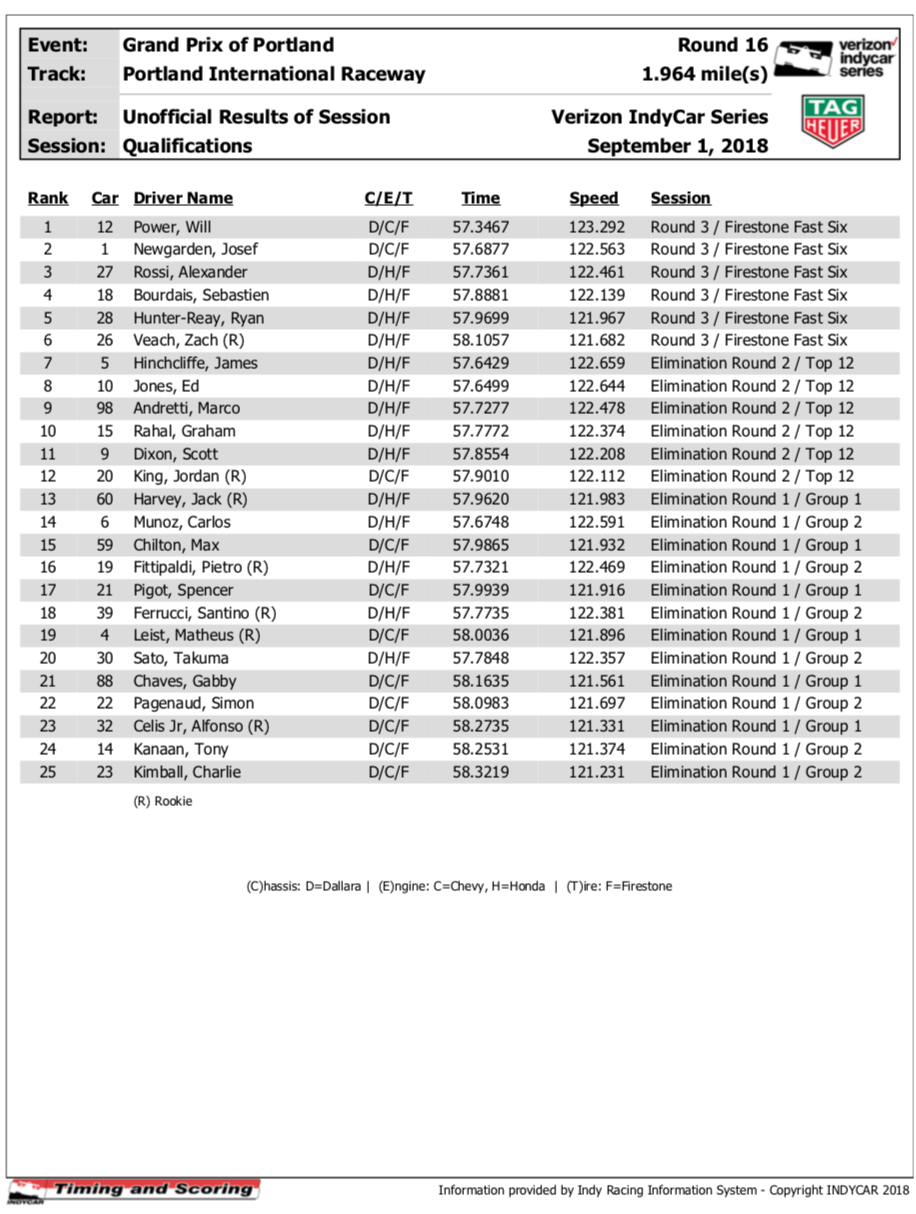