The 2018 Pro Mazda Championship Presented by Cooper Tires season came to an end on Sunday with Race 2 at Portland International Raceway, and David Malukas dominated the outing to take his third win of the 2018 season.

Starting second, Malukas jumped into the lead with an aggressive move on the start to take the lead – he shot up the middle between Rinus VeeKay and Parker Thompson to take the top spot.

Malukas went unchallenged from there to win by over three seconds.

VeeKay, the 2018 Pro Mazda champion, finished second, holding off a hard-charging Oliver Askew in the process.

Results from Race 2 are below.

Kyle Kirkwood completed his remarkable 2018 Cooper Tires USF2000 Championship Powered by Mazda season by scoring his 12th win of the year, and 11th in a row, in Sunday’s Race 2 at Portland International Raceway.

Kirkwood started third, but took the lead on a Lap 7 restart from then leader Rasmus Lindh – Kaylen Frederick was in the mix early on, but nosed into the back of Lindh after an earlier restart. Frederick suffered damage to his front wing and was given a drive-through penalty for the contact.

Back up front, Kirkwood pulled away from Lindh after taking the lead, and won by just under two seconds.

Julian Van der Watt outdueled Igor Fraga in the battle for third, while Lucas Kohl rounded out the top five. Frederick, meanwhile, languished in 15th after the contact and penalty.

Race 2 results are below. 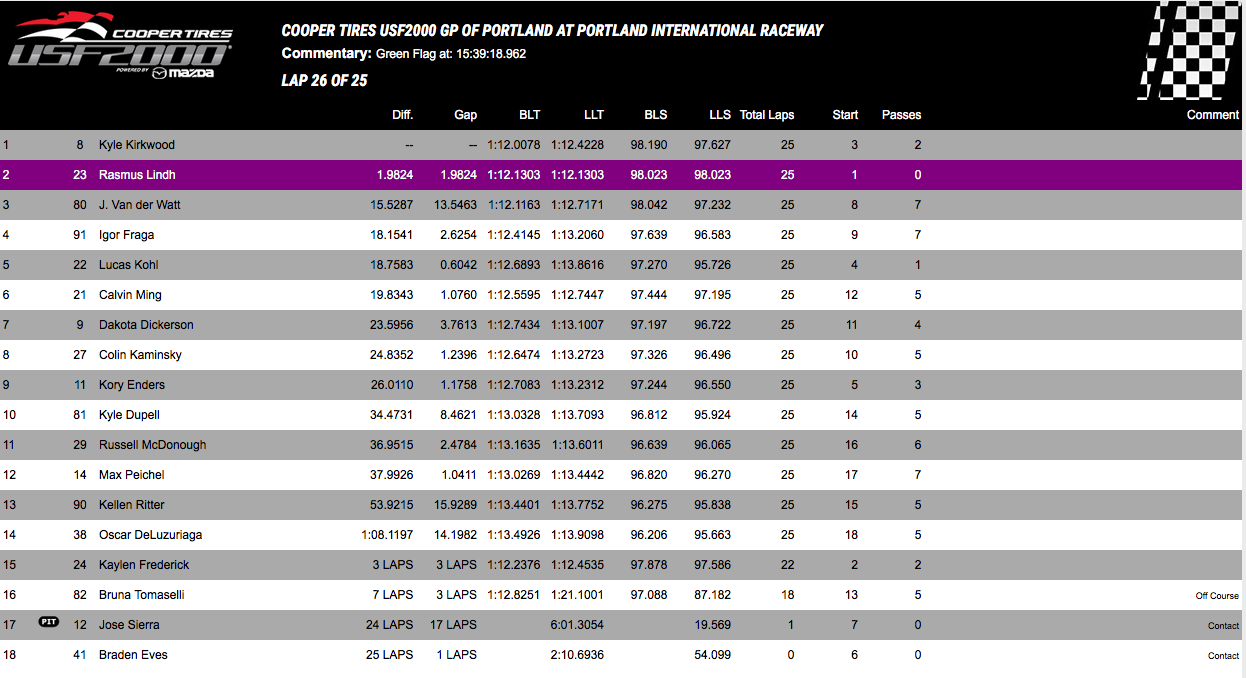