Championship leader Scott Dixon was second quickest with a best lap of 1:17.8992, just under one tenth of a second behind Newgarden. Of note: Newgarden, who sits 87 points behind Dixon entering Sonoma, and Dixon were the only two drivers in the 1:17 bracket in second practice.

Patricio O’Ward, making his Verizon IndyCar Series debut with Harding Racing, was an impressive third at the end of the session, and even led briefly early on.

Will Power (third in the championship, 87 points behind Dixon) and James Hinchcliffe rounded out the top five.

Alexander Rossi, who trails Dixon by 29 points entering the weekend, was just outside the top five in sixth, ahead of Ed Jones, Santino Ferrucci (making his third IndyCar start with Dale Coyne Racing), Pietro Fittipaldi, and Ryan Hunter-Reay.

Practice 2 ran without any stoppages, though several drivers had off-course excursions. Practice 2 was held at the same time of day that Saturday qualifying will be held. With the Firestone alternate red tires also available for the session, drivers began pushing the limits of car and track.

Notables who went off course were Newgarden (in Turn 4), Dixon, and Sebastien Bourdais, both in Turn 2. Bourdais in particular got dangerously close to the barriers, but continued on without incident. Bourdais ended the session 18th on the speed charts. 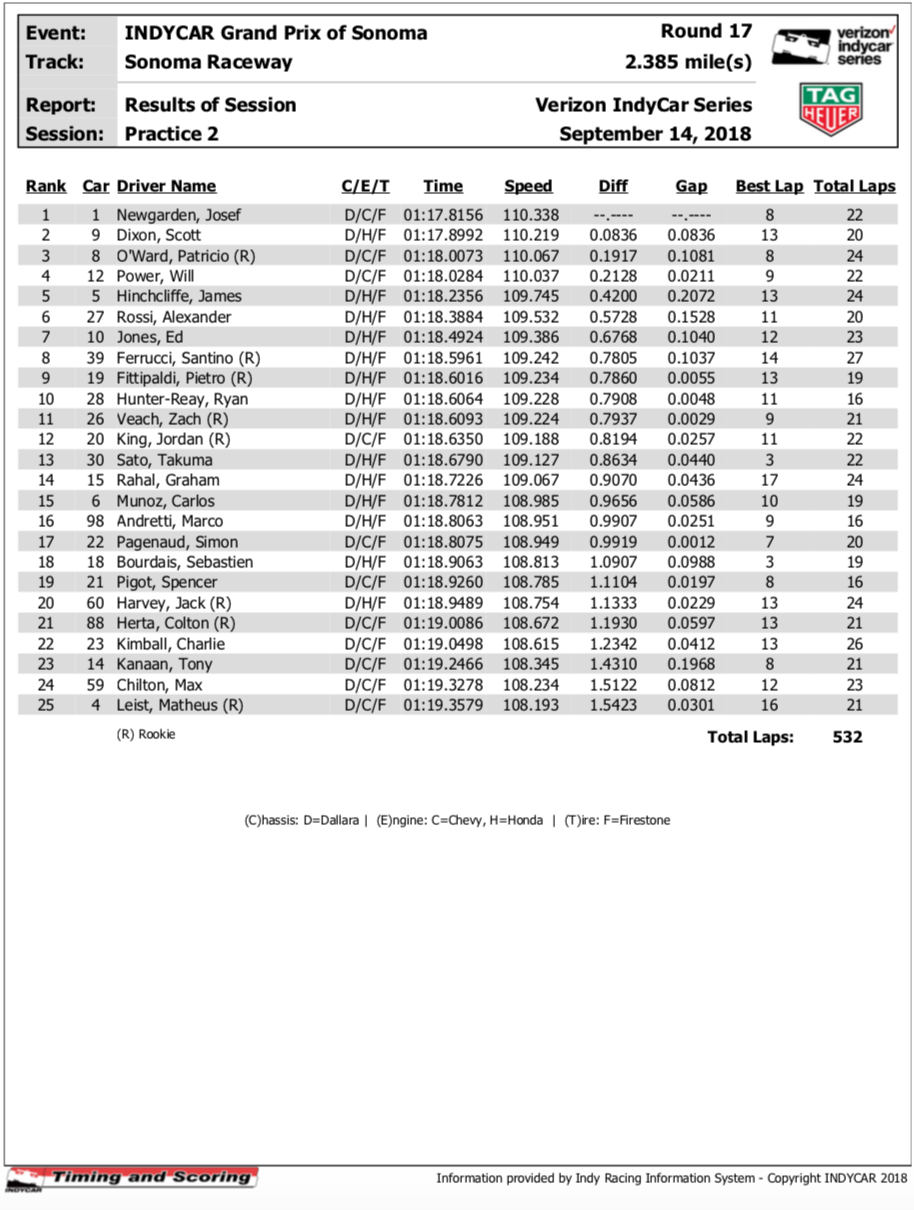