Nonetheless, Dixon, who was second fastest in each of Friday’s practices, appears to be one of the drivers to beat ahead of Saturday qualifying.

Leading the way in our final practice? Take a guess.

Of course it's @scottdixon9.

Josef Newgarden, who like Power is still mathematically in the title picture at 87 points off the lead, was fifth. Of note: Newgarden was forced to sit out the final ten minutes of Practice 3 after hitting personnel during pit stop practice on Friday.

The lone stoppage of the session came with less than two minutes remaining after Carlos Munoz spun in Turns 9 and 9a, which comprise the chicane before the final hairpin.

After this @CarlosMunoz034 spin, we'll have one more lap in Practice 3 🏁

However, Munoz was able to continue, and IndyCar officials allowed teams and drivers one extra lap of practice before displaying the checkered flag. Munoz ended up 19th. 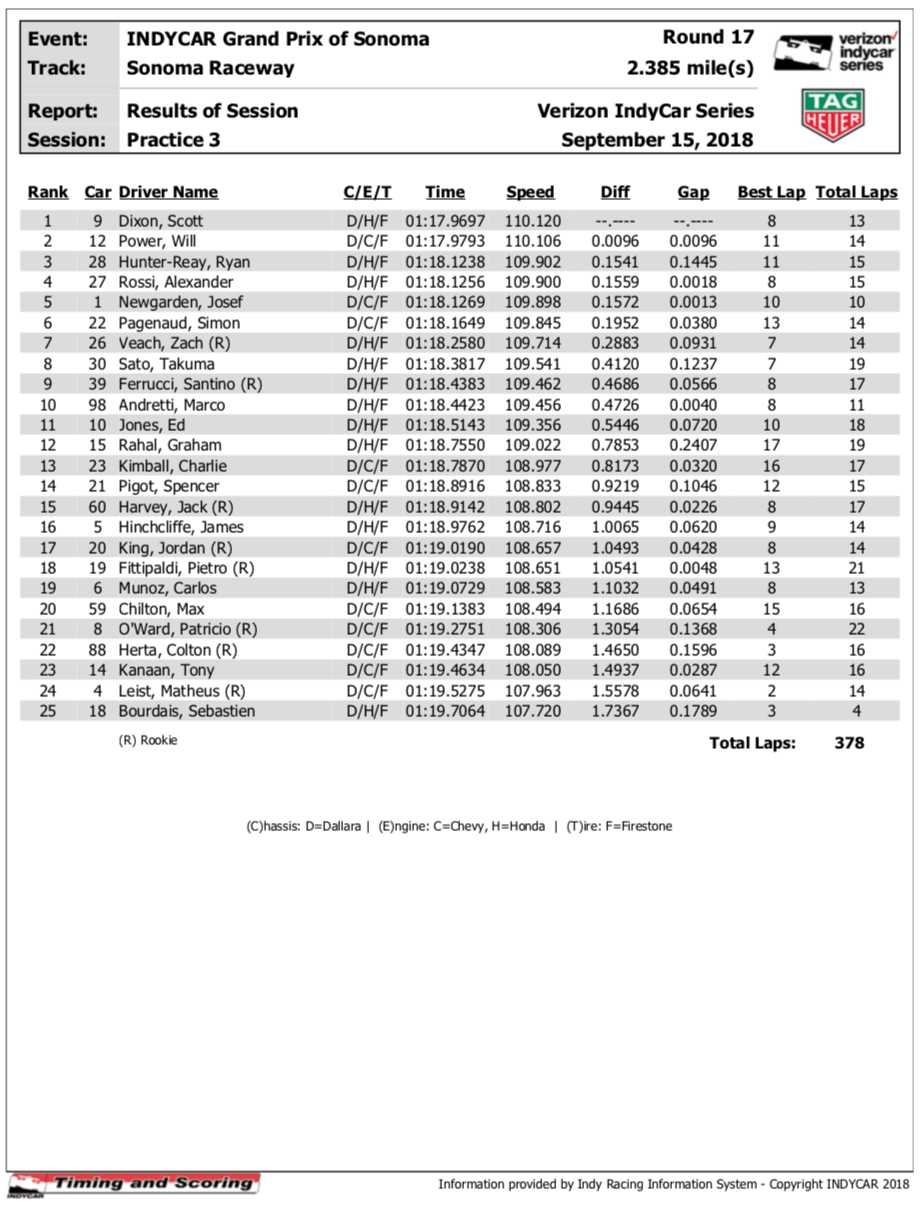