Vergne had a chance for the win, but his chances were significantly hurt by a drive-through penalty mid-way through the race for technical infringement.

Jerome D’Ambrosio finished third to round out the podium. 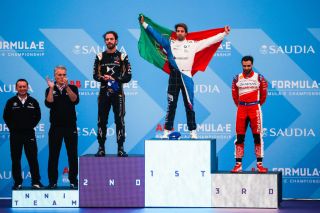 Da Costa, who drives for BMW/Andretti Motorsport, led most of the way through the first 18 laps of the 33-lap event before Vergne took the lead and began to pull away.

Shortly afterward, however, Vergne was penalized for exceeding the maximum amount of power permitted during his first attack mode activation.

Vergne dropped back in the pack, while Da Costa regained the lead on Lap 24, as a result, and held on the rest of the way. 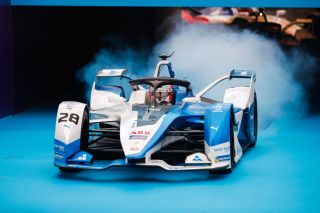 Felix Rosenqvist, who will drive in IndyCar this coming season for Chip Ganassi Racing, was last in the 20-driver field, failing to finish after having mechanical problems early in the race.

Here are the results from today’s race: