The Monster Energy AMA Supercross Series kicks off Saturday with its 2019 season-opening race at Angel Stadium in Anaheim, California.

Jason Anderson is the defending champion of the top Supercross class, 450SX. He isn’t changing much in his approach to earn a second straight title in 2019.

“I’m entering this year with the mindset that I’m going to be the hunted each and every week,” Anderson said. “So I know I’m going to need to be better and even more consistent if I’m going to repeat as champion.”

Anderson not only has the pressure of being reigning series champion on him and trying to stave off top rivals including Marvin Musquin, MEC and MX champion Eli Tomac and Ken Roczen, he’ll also face several other riders, including a number of past champions moving up from the 250SX class to 450SX.

“This is one of the deepest fields I’ve ever competed against and the young talent moving up from the 250SX class is really impressive,” Anderson said. “But I can’t worry about the other guys. I’m going to show up each week and race my race.”

With the colorful nickname of “El Hombre,” Anderson also is well aware that he can’t stand – or in this case, sit – on last year’s laurels. 2019 is a new season fraught with new challenges, new riders, new track layouts and more.

“Last year is in the past, it’s 2019 now and this is a new season with a deep field of talent in the 450SX class,” Anderson said. “I need to be even more consistent than I was last year because several guys are going to be capable of winning each week.”

Take a look at the animated track map for A1!pic.twitter.com/VpLAb8WnvN

Not only will the stands be packed in Anaheim, the entire season will be televised for the first time on the NBC Sports Gold subscription service. Fans of Supercross can catch every race this season live and on demand on NBC Sports Gold. (Click here for more)

“Many Supercross fans are cord-cutters or cord-nevers,” said Supercross senior director of operations Dave Prater. “They now have the ability to purchase the NBC Sports Gold Supercross package.

“NBC Sports Gold purchasers will be able to watch all events in real time, which allows us to super-serve the super fan.” 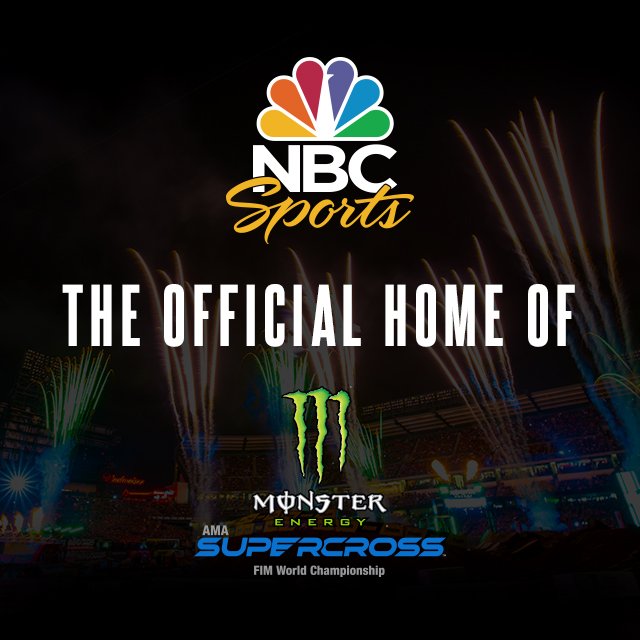 Prater also emphasized the large number of storylines heading into the new season, including:

* Will Eli Tomac, who has won twice as many races over the last two seasons than any other rider, finally put it all together and be crowned champ?

* Will Ken Roczen emerge after two seasons of injury?

* Can Marvin Musquin finally reach the top in the 450SX class?

* How will 450SX rookies and former 250SX champions Justin Hill, Aaron Plessinger and Zach Osborne fare in their first season in 450SX?

* Another 450SX rookie, Joey Savatgy, had an impressive showing at last October’s Monster Energy Cup, running up front in all three main events and finishing on the podium in his first ever race on a 450.

NOTES: When the gate drops to open the season Saturday in Anaheim, Chad Reed will make Supercross history by competing in his 18th consecutive season, breaking the old mark held by Mike Larocco. … After the heartbreak of finishing just two points behind Anderson for the 450SX championship last season, Adam Cianciarulo is back to try and dethrone Anderson in 2019. … Shane McElrath goes for three straight wins in the Anaheim season opener, having won the kickoff races for the 2017 and 2018 seasons. 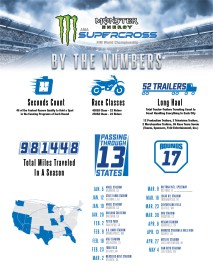 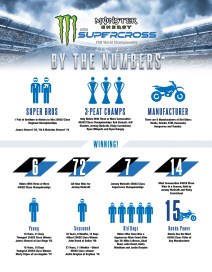 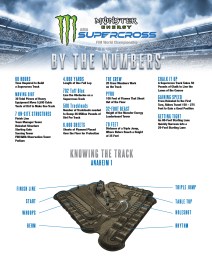