After 175 days since the season finale at Sonoma Raceway, IndyCar will swing back into action on the streets and runways of St Petersburg, Fla.

The first of four street courses (along with Long Beach, Belle Isle and Toronto), this 1.8-mile circuit has hosted races since 2005. It kicked off the season in 2009 and every year since 2011. Getting off to a strong start on the Streets of St. Pete does not necessarily translate to season-long success in part because most of the temporary circuits are front-loaded in the year while ovals and permanent road courses dominate the second half.

Here are five things to know about this week’s Firestone Grand Prix of St. Petersburg:

MORE: Sebastien Bourdais hopes another fast start lasts all season
MORE: Five things to watch for in the 2019 IndyCar season 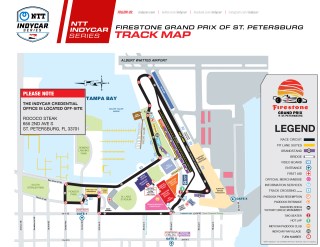 NBC Sports’ coverage of the 2019 NTT IndyCar Series begins on March 10 with the Streets of St. Petersburg at 1 p.m. ET on NBCSN, NBCSports.com, and the NBC Sports app. Watch the entire 2019 IndyCar season on NBC, NBCSN and NBC Sports Gold.