In an effort to improve racing in this year’s 500-Mile Race, INDYCAR officials devised a collection of aerodynamic changes last Fall. Firestone pitched in with a new tire construction for the Indianapolis Motor Speedway, and the Speedway itself added a sealant to the 2.5-miles of asphalt to help fill in some of the gaps and spots that have worn away since the last time the track was paved.

The complete equation was tested last Wednesday during the Indy 500 “Open Test.” The 30 car/driver combinations that participated in the test expected seven hours of testing, but that was severely limited because of lengthy rain delays that considerably shortened the test session.

“We keep one eye on safety, we would like everybody to feel more comfortable in the car this year; but we certainly don’t want ‘Pack Racing,’” INDYCAR Director of Aerodynamic Development Tino Belli told NBC Sports.com. “We want the best drivers and the best teams to win the race. That is what racing is about.

“We wanted to make a bit of an indent into the problems they had last year. We didn’t want a complete re-set.”

From 2012 to 2017, the aerodynamic package used on the Dallara DW012 turned the Indianapolis 500 into a “Draft Party.” Because of the rear-wheel pods, it created a huge wake in the air and drafting became very important in the Indy 500. 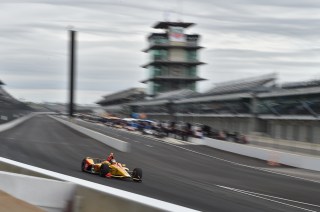 The 2015 through 2017 seasons came in the “Era of Aero” as Honda and Chevrolet were allowed to create elaborate aero kits that dramatically increased downforce. The expense of those kits, however, proved to be a focal point of controversy among the teams and manufacturers, so INDYCAR created a sleeker, simpler aerodynamic package that produced more mechanical grip and less aerodynamic downforce for 2018.

The new cars looked much better than the bulky bits and pieces on the aero kits and have performed impressively on the street courses, road circuits and short ovals. The superspeedways, however, reverted back to days where track position and strategy were the keys to getting to the front.

Drivers at last year’s Indianapolis 500 complained that it was harder to race close to the leader. To add to that, last year’s Indy 500 was among the hottest ever, with temperatures at the Indianapolis Motor Speedway approaching 97 degrees. Because of that, the track was hot, slick and slippery.

Despite that, there were still 30 lead changes in the race. Ed Carpenter started on the pole and led a race-high 65 laps. Will Power started third and led 59 laps, defeating Carpenter by 3.159-seconds to win his first Indianapolis 500.

Last year’s Indy 500 was still a good race because it rewarded driver skill, strategy and track position. But it followed a series of sensational Indy 500s that frankly, spoiled fans and the media when it came to lead changes and on-track action.

INDYCAR wanted to make the current Dallara IR-18 more stable at Indianapolis, and with the additional changes made to the superspeedway kit, teams now have more adjustability in the package.

“We will get feedback from all of the teams and see if there is anything we can do to help or if they can work around it,” Belli said. “There really isn’t a lot of time left before we are back for practice on May 14.”

Carpenter indicated his team at Ed Carpenter Racing got a decent amount of work done and that gives his three-car Chevrolet team a good starting point when practice begins for the Indy 500.

“We didn’t get to get through everything today, we had a pretty aggressive test list,” Carpenter told NBC Sports.com. “I’m ready to come back when we can fully get into our test plan and get further than what we were able to today.

“It was still productive. I’m happy and content with the way the car is driving.” 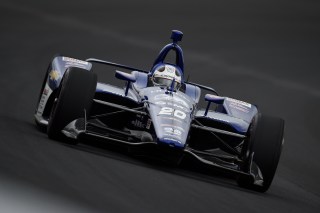 Carpenter indicated the improved drivability of his race car is not dramatic, but it is an improvement.

“The track is in good shape and it’s going to be a competitive month, but it’s too early to see if the car is going to draft better,” Carpenter told NBC Sports.com. “For me, I don’t expect to see drastic changes from last year. Everything is going to be subtle. The weather and tires will be the biggest things.

“The same issues people had last year are going to be the same issues we will be managing and trying to do a better job to solve from the next guy.

“It’s not going to be the ‘Aero Kit Racing.’ We have a little bit more downforce available but it’s still far less than we used to have.”

As a driver, isn’t that a good thing?

“If you are up front,” Carpenter said. “I don’t think you are going to have racing in this car like we did with the Aero Kit car. I’m managing my expectations. The changes we have outside of the tire are all very subtle.” 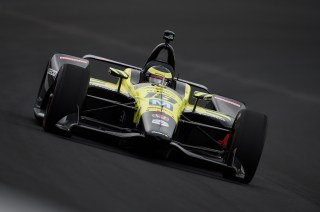 Craig Hampson is Sebastien Bourdais’s race engineer at Dale Coyne Racing with Vasser and Sullivan. He believes the changes should help, especially considering last year’s race had several of the best drivers in the field lose control in single-car crashes.

Bourdais was one of those drivers.

“The aero package is subtle changes to the front wing, the rear-wing wickers which add downforce but add drag, I certainly would have taken those last year, as hot as the Indy 500 was,” Hampson told NBC Sports.com. “Those would have improved the show last year and heck, might have saved Sebastien from crashing.

“The tire changes, this is the first time we’ve run the new tire. I really don’t think Sebastien felt much difference in the car.”

David Faustino was the winning race engineer in last year’s Indianapolis 500 when Power finally won the Indy 500 for the first time in his career. He said it is still very dependent on the weather how the car will handle in the race.

“If it is hot like it was last year, it will be a little bit better as far as the race goes,” Faustino told NBC Sports.com. “It will keep the cars a little bit closer. Other than that, the changes seem pretty small. In the grand scheme of things, it shouldn’t change too much.

“It will be interesting to see if the sealant on the track does anything when it gets hot. That is a big question mark for us. The sealant is blacker so that means the track will got hotter, but we don’t know if the surface will get slimier. We’re still waiting to see that.

“I think the teams having more time with these cars will bunch things up, more.”

Everything gets magnified at the Indianapolis 500. As the biggest race of the year, every change and issue are analyzed under a stronger lens. Any changes made to the racing package become an important topic.

That was the case with last week’s test, but thanks to the weather limiting track time, it remains a work in progress.