At an age when many have already retired, John Force is going as strong as ever. Retire is a word that is not in the vocabulary of the sport’s winningest driver ever.

The 16-time NHRA Funny Car champ turns 70 years old on Saturday during this weekend’s Arby’s NHRA Southern Nationals at Atlanta Dragway in Commerce, Georgia. He’s hoping to celebrate one day later with what will be the 150th national event win of his career.

Admittedly, it’s been rough going at times for Force, particularly the last two seasons. He managed to win just one race each in 2017 and 2018, a far cry from past seasons where he won four or more events in a year (his record is 11 wins in one season, back in 1996). 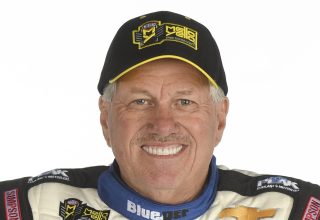 But Force has seen a resurgence in the first six races of the 2019 season. No, he hasn’t won yet, but he’s come close, most notably his third-place finish in last weekend’s Four-Wide Nationals at zMAX Dragway in suburban Charlotte.

In addition, Force has reached the semifinals in three other races and the quarterfinals in two others. He also was the No. 1 qualifier (for a record 156th time in his career) at Houston, where he lost in the semis to teammate Robert Hight.

All told, Force comes into this weekend’s action in third place in the Funny Car standings, 165 points behind points leader Hight, and just 23 points behind second-ranked Matt Hagan.

That’s a far cry from where Force was at this time last season. He came to Atlanta last May having suffered several motor explosions in the opening six races and was ranked 11th in the points standings, prompting some to question whether Force had lost some of his noted edge.

That concern carried on through the remainder of the season. Even though he won his 149th career race at Denver last summer, Force ultimately finished ninth in the final season standings.

Force’s best most recent season performance was in 2014, when he finished runner-up to Hagan in the championship battle, losing by a mere 43 points. But since then, he’s finished seventh in 2015 and 2017 and fourth in 2016, also the last season where he earned multiple wins with four.

Force potentially could be higher than third in the standings heading to Atlanta if it wasn’t for Hight, who not only is Force’s teammate, he’s also Force’s son-in-law and president of John Force Racing.

Hight has also been putting the beat down on Force: in five elimination rounds this season, Hight has emerged victorious each time – and gone on to win three of the first six races.

But Force is ready to turn the tables on Hight. He wants win No. 150 in the worst way. And with Force being a seven-time winner at Atlanta, he has a good chance of not only stopping Hight, but also reaching that milestone in Sunday’s eliminations.

“The better the car, the more confidence I get,” Force said in a media release. “I’ve been struggling, but I have a good team behind me and I’m learning how to drive again.

“They’re teaching me. I think we’re getting there, we’re going to get 150, but I’m not focusing on that. I’m focusing on going rounds, doing my job. The wins will come. We’re close. I’m in the hunt and I love it. I love driving this hot rod.”