In a historic decision yesterday at Churchill Downs, a post-race review led to Country House being named winner of the 145th Kentucky Derby and first-place finisher Maximum Security being disqualified for impeding the progress of several horses in the race.

While the public continues to argue amongst themselves over the results, Country House now sets his sights on continuing a Triple Crown bid with another victory at the Preakness Stakes (Saturday, May 18 on NBC).

As the waiting game stretched on yesterday, longtime Indianapolis 500 fans may have found themselves drifting back to 1981, when The Greatest Spectacle in Racing wasn’t decided at the Indianapolis Motor Speedway in May – but in an appeals board meeting in October.

On October 9, 1981, an appeals board from the United States Auto Club awarded the victory to Bobby Unser. Unser had taken the checkered flag at Indy on May 24, 1981, but the following morning, USAC officials penalized him one position for illegally passing cars during a caution period – and elevated Mario Andretti to the win.

Andretti took pictures with the Borg-Warner Trophy and was feted at the Indy 500 victory banquet. But his mood was dour. 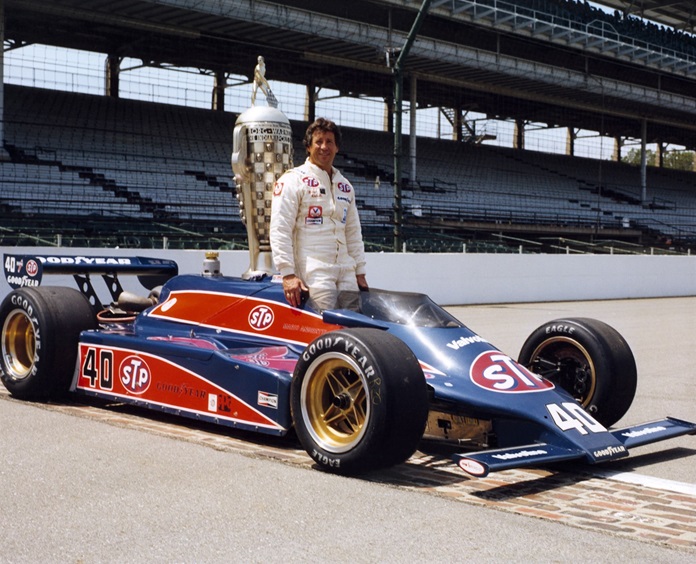 After being named winner one day after the 1981 Indy 500, Mario Andretti is photographed with the Borg-Warner Trophy. Credit: IMS Photo

“I am glad the officials did the right thing but it still is sad,” he said in an interview during the banquet. “When Bobby won he went through all the hoopla and got to experience victory lane and the other things a winner gets to experience in victory lane … then it was taken from him and given to me. And I will never get to experience that myself.”

As for Unser and his team, Penske Racing, they immediately launched an appeal of USAC’s decision. But a final decision wasn’t made until that fall.

USAC agreed that on Lap 149, after making a pit stop under yellow-flag conditions, Unser did indeed pass multiple cars before blending in with the rest of the field – a moment that was captured on ABC’s tape-delayed coverage of the race.

But USAC also maintained that the infraction should’ve been called on the spot by chief steward Tom Binford and his crew of officials. And so, the USAC appeals board voted 2-1 to reinstate Unser as the winner, giving him his third Indy 500 triumph. However, he was also fined $40,000 for the infraction.

Edwin Render, a University of Louisville law professor who was named the appeals board chairman for the case, cast the decisive ballot. In a 2013 interview with Motor Trend, he said the no-call on the infraction during the race swung his vote.

“That was what decided it for me,” Render said. “They should have acted when the foul was committed. You can’t call a foul after the game is over.”

The saga took its toll. USAC’s reputation was damaged. Unser retired from Indy-car racing at the end of the season. And for many years, Unser and Andretti were at odds over the outcome.

But during a health scare for Unser a couple of years ago, the frosty relationship finally thawed when Andretti called him at the hospital.

“[Mario] was always a good friend and I really liked the guy. I mean God dang it, I don’t know why he had to try to steal that race from me, you know?,” Unser continued with a laugh.

‘Drive Like Andretti’, a new documentary on the life and times of racing legend Mario Andretti, debuts Saturday, May 11th at 2pm ET on NBC, leading into coverage of the INDYCAR Grand Prix at Indianapolis Motor Speedway at 3pm ET.