INDIANAPOLIS – The next phase of IndyCar’s cockpit protection initiative will have a Formula One influence as Christian Horner, Red Bull Advanced Technologies CEO and Red Bull Racing team principal, is now part of the “Aeroscreen” project.

IndyCar President Jay Frye made the announcement Friday morning at the 103rd Indianapolis 500.

Artist renderings obtained from IndyCar show a higher “Aeroscreen” with an opening on top to help extricate the driver after a crash. The previous design was a few inches lower, ending just in front of the top of the helmet.

A target date of the “outset of the 2020 NTT IndyCar Series season” was also announced.

“We’ll have a prototype in probably 30 days, and we’ll have real pieces in another 60 days,” INDYCAR President Jay Frye said at Friday’s announcement. “We want to get them on cars this summer to test, and then at some point, we’re going into the off-season around November so we’ll have one for each entry. The plan is to put this on all the cars in 2020 is our goal.”

Frye’s connections with Red Bull Formula One helped create this relationship. At one time, Frye was the team principal of Team Red Bull’s NASCAR Cup effort.

“Since the first prototypes were developed and demonstrated in 2016, the potential of Aeroscreen to improve the safety for drivers in the event of frontal impacts in the cockpit area of cars has been clear,” said Christian Horner, Red Bull Advanced Technologies CEO and Red Bull Racing team principal. “This new partnership with INDYCAR gives us at Red Bull Advanced Technologies the go-ahead to fully explore that potential, and to deliver a protection system that will help prevent serious injuries and potentially save lives in the U.S.’ premier single-seater series.

“Over the coming months, we’ll be working closely with IndyCar and its drivers to refine and perfect Aeroscreen, and we’re looking forward to seeing the results race in 2020.”

The Red Bull Advanced Technologies Aeroscreen is the second phase of IndyCar’s objective to further enhance driver safety in the open-cockpit race cars. IndyCar debuted the Advanced Frontal Protection (AFP) device for the IndyCar Grand Prix that was held May 10-11 at the Indianapolis Motor Speedway road course. The AFP is designed to help deflect debris away from the cockpit area and the driver.

“This collaborative effort on the Aeroscreen between Red Bull Advanced Technologies, Dallara and IndyCar truly exhibits an unrelenting commitment and passion for enhancing driver safety,” Frye said. “We would like to thank everyone at Red Bull Advanced Technologies for creating a design that will be significant in the evolution of motorsports safety, not only for the NTT IndyCar Series but from a global perspective.” 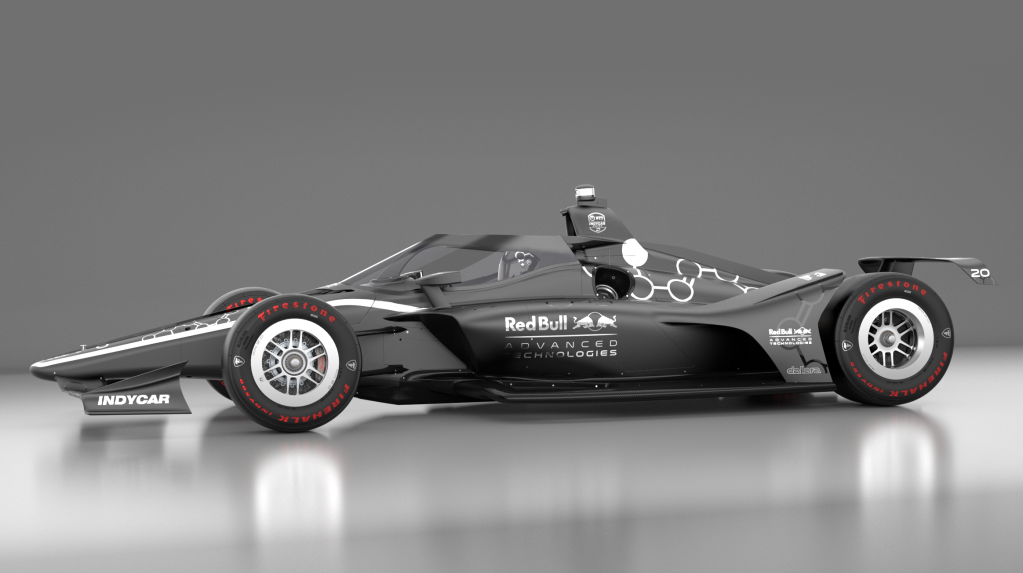 According to IndyCar, the Aeroscreen is being developed by Red Bull Advanced Technologies to reduce the risk of driver injury from debris or other objects striking the cockpit area. The driver safety innovation that will encompass the cockpit consists of a ballistic Aeroscreen anchored by titanium framework.

The Red Bull Advanced Technologies design will consist of a polycarbonate laminated screen that includes an anti-reflective coating on the interior of the screen, an anti-fogging device through an integral heating element and possibly tear-offs, all of which will be produced by integrated third-party companies.

Another feature for the drivers will be a cockpit cooling option that will be designed by Dallara, an IndyCar official supplier, in conjunction with Red Bull Advanced Technologies.

“FI didn’t use the system in the end, but it chose to use the halo system, and I think that was later on that year we got contacted by INDYCAR to see if there was an interest and see if we could share our IP with them,” said Andy Damerum, Red Bull Racing business Development Engineer.

The titanium framework will mount in three areas around the cockpit – the chassis centerline, two-rear side mounts and roll hoop integration – to provide enhanced load-bearing capabilities. The load bearing is expected to be 150 kilonewtons (kN), which would equal the FIA load for the Halo design currently used in Formula One. A kilonewton is equal to approximately 225 pounds, which is a force of gravity rating, not static weight or mass. Force is equal to mass multiplied by acceleration.

“We’ve created a system that protects the driver from a very large range of threats, perhaps more so than any other driver protection system in other series,” said Ed Collings, Head of Composites and Structures, Red Bull Advanced Technologies. “INDYCAR is a unique series with limited runoff on the edge of the track, and it was important that we could protect the drivers from smaller debris as well as very large items. So we have a system with the screen that can protect from smaller debris and then a very strong structure around the top of that screen and with a strut in the center that can deflect large wheel upright assembly at a very high speed.

“That’s a key attribute of the design, but then we’ve had to manage lots of other things to make sure we don’t introduce other compromises. So we’ve had to design around just the simple things, towing and lifting the vehicles, but also a lot of more scientific work in terms of preventing reflections that could distract the driver. We have to make sure that we don’t have any fogging occurring in any damper, more humid environments, and many other attributes. That’s a small set of examples really of the very detailed study that we’ve undertaken, my team in Milton Keynes in the UK.

“We have a combination of composite materials, very high-strength carbon fiber epoxy and also titanium is being used, so really the state-of-the-art technology.”

Upon completion of the Aeroscreen design by Red Bull Advanced Technologies, IndyCar is tentatively planning on-track testing by selected NTT IndyCar Series drivers this summer and the approved Aeroscreens delivered to all teams by the fall. 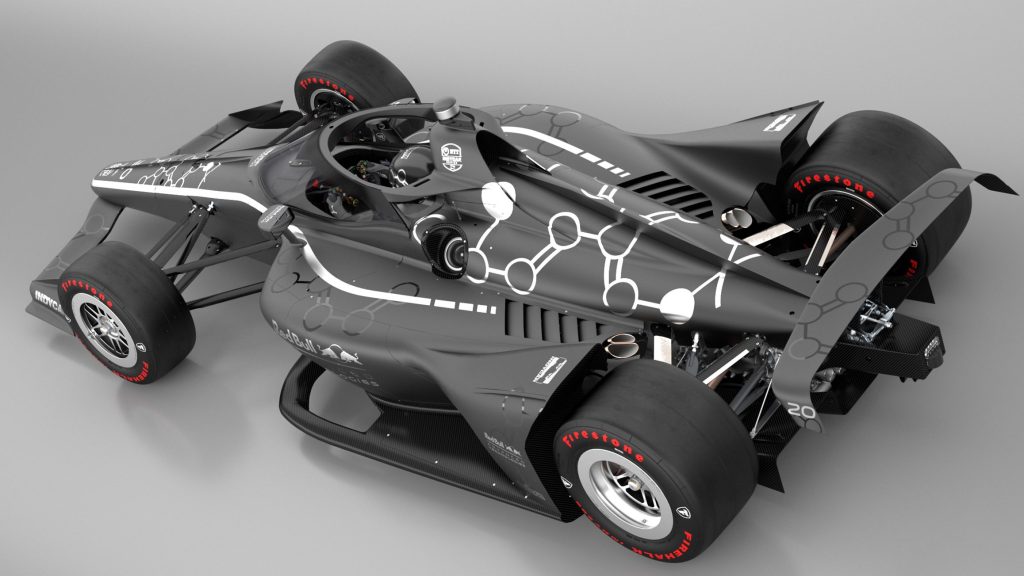 “IndyCar has always been on the forefront of driver safety,” Dixon said. “They are constantly looking and evaluating what needs to be done. It’s something they have done throughout history if you look back through the different eras since auto racing started over 100 years ago. The Aeroscreen is just the latest effort in continuing IndyCar’s efforts to enhance driver safety.”

The AFP device, a 3-inch-tall titanium component manufactured by Dallara that is positioned in front of the cockpit along the chassis centerline, will be utilized by all teams for the remainder of the NTT IndyCar Series season, including Sunday’s 103rd Indianapolis 500 presented by Gainbridge.

Previously, IndyCar had conducted extensive testing with a windscreen concept developed in conjunction with PPG Aerospace, including on-track sessions in 2018 at ISM Raceway in Phoenix and Indianapolis Motor Speedway. The drivers who tested the windscreen did not report any issues, but additional comprehensive testing at PPG’s facility in Huntsville, Alabama, revealed additional work was needed before any implementation. 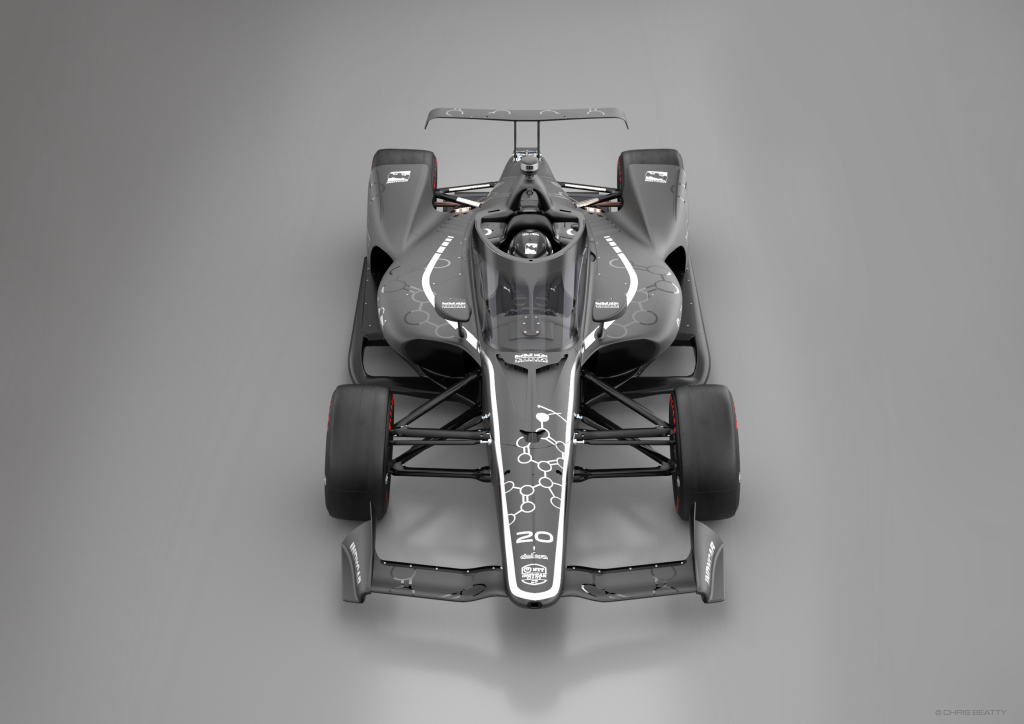 IndyCar was able to utilize the research and on-track testing from this project to provide additional data and information to Red Bull Advanced Technologies for the development of the current design.

“I think it’s always been very important for the NTT IndyCar Series to be at the forefront of safety initiatives, and it’s been a work in progress for a long time,” Dixon said. “Having run the initial aero screen, we felt that for the driver it worked well. There was no issues with it. I think cooling was maybe the only thing that was really something that was a problem to start with, but something that could be fixed easily.

“As it went through testing and things, I think we, as I said, the drivers in INDYCAR always wanted to make sure that if we did run something that it was going to be something great, not something rushed, not something that hadn’t been tested well, and it’s exciting to have Red Bull Advanced Technologies partner. We know the powerhouse that you guys are and what you can provide, at the forefront of the motor racing industry. It’s exciting for all of us drivers and I think something that will be extremely exciting for many categories. We’ve seen other versions of this, but I think this one covers a lot more bases.” 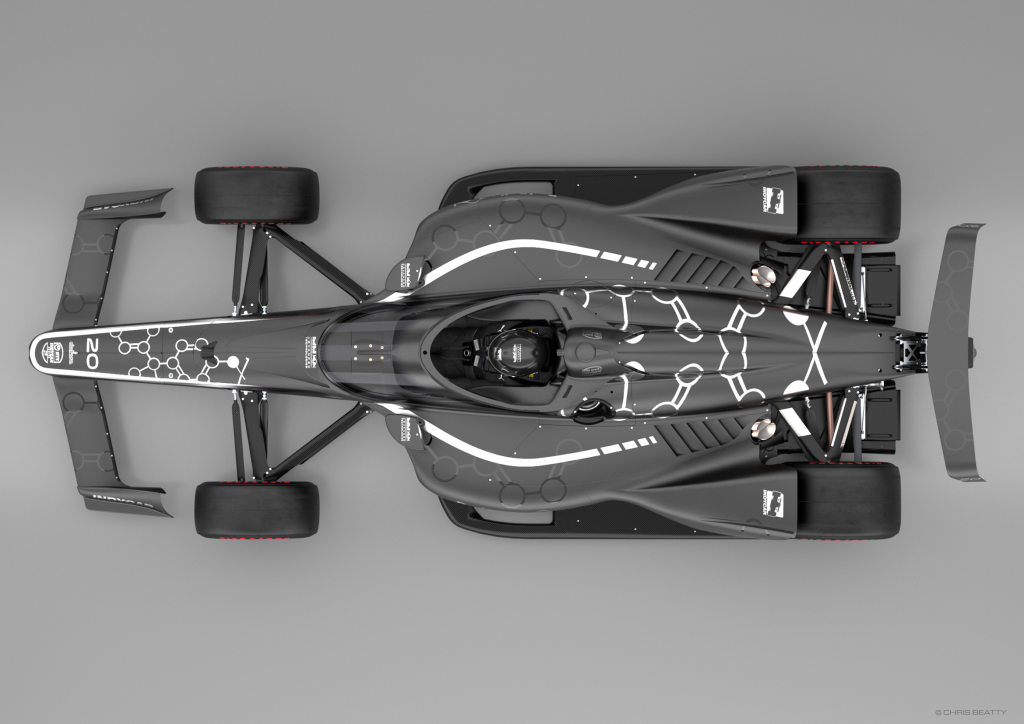