FORT WORTH, Texas – Racing legend Mario Andretti takes pride in giving race fans and VIP’s a high-speed thrill ride in an IndyCar as driver of the Indy Racing Experience two-seater.

It’s a specially-prepared IndyCar that has a seat behind the driver and is able to replicate the thrill and sensation of the machines that compete in the NTT IndyCar Series.

“I like to make sure the rider feels like I’ve left nothing on the table,” Andretti told NBCSports.com.

But on Friday at Texas Motor Speedway, the 79-year-old Andretti was giving a business associate a ride around the high-banked oval when the car broke loose coming out of Turn 2 and spun out. 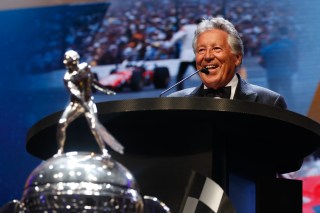 Andretti, the only driver to win the Indianapolis 500 (1969), the Daytona 500 (1967) and the Formula One World Championship (1978), was able to maintain control of the car and keep it from hitting the outside wall. The car drifted across the track and made light contact with the infield retaining wall.

Neither Andretti nor his passenger were injured.

“I wanted to make a change on the car, and I should have taken the time and I didn’t,” Andretti said later. “I thought I would ride it out and it caught me out coming out of Turn 2.

“The passenger loved the ride. He hopes we have a video of it. It’s actually the son of my business partner, M.J. Castello. I know the kid well.” 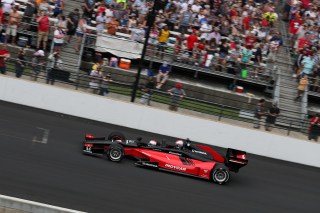 The “Two-Seater” has a longer center of gravity and thousands have paid for the experience of racing around various road courses, street courses and speedways on the NTT IndyCar Series.

“It’s serious business,” Andretti said. “That’s why you sign a release of liability. Look at the millions of miles we have run and have never hurt anybody. The protection in the car is amazing and everybody is fine.

“I thought I had the car saved, but I didn’t. It hit the inside wall a little bit, but no big deal. I’m safe, I don’t want to hurt myself or anybody … That’s just the way it is.”

According to one of the co-owners of the Indy Racing Experience, over 120,000 rides have been given to guests with no injuries — a rather impressive statistic. The rides are only available to guests and VIPs 18 and over.