FORT WORTH, Texas – Eight races ago, Felix Rosenqvist kicked off his NTT IndyCar Series rookie season by leading 31 laps and finishing fourth in the Firestone Grand Prix of St. Petersburg.

He was so impressive in that debut, the 27-year-old driver from Sweden was considered IndyCar’s next big star.

Now, Rosenqvist finds himself frustrated and disappointed. He equaled his career-best fourth-place finish in last Saturday’s Race 1 of the Chevrolet Detroit Grand Prix, but followed the next day with a crash in Turn 1, six laps from the finish.

It was his second DNF of the season due to a crash. At the Indy 500, he was part of a multi-car pileup on Lap 176. Prior to that, he’d had another serious wreck during Indy 500 practice on May 15.

It is believed that Rosenqvist has a multi-year contract with Chip Ganassi Racing, but when asked, the driver from Sweden would not confirm the details of his agreement. However, he did admit to meeting with the team owner after his two crashes at Indy in May. 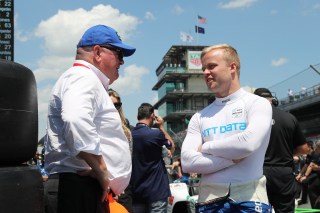 “I think he has been supportive,” Rosenqvist told NBC Sports.com Friday at Texas Motor Speedway. “We had a chat at Indy. It’s normal when you have two or three wrecks, something is not right. Whether it’s your fault or not, it’s not a position you want to be or a position you are normally in.

“But he is supporting me. He believes in me and we are pushing.”

Rosenqvist admits he would like to have better results by now, but he prefers to look forward instead of dwelling on the crashes.

“I try not to think too much about it,” Rosenqvist said. “There has been a lot of ‘could have been’ this year by me. We’ve had really good starting positions almost every race. Then, we’ve had a lot of incidents and crashes, some messy races.

“It’s my first season. If it had gone well, fine, we’ll take it. Now, we have everything thrown at us and it’s time for us to push through and show if we can get through this, we can push through most of our challenges. It’s time to forget about it, reload and try to continue.”

Sweden’s other rookie in the NTT IndyCar Series is Marcus Ericsson of Arrow Schmidt Peterson Motorsports. Ericsson, a veteran of 97 Formula One races, started the season slow but finished second in last Sunday’s Race 2 in Detroit.

“Honestly, for both of us, it has not been a smooth year,” Rosenqvist said. “We would have both enjoyed having better results. Winning is easy. We have all won races, but that’s not the hard part. The hard part is getting through the tough times and that is where we find ourselves right now.”

Rosenqvist called May a tough month, but after his practice wreck, he had what he called one of the best races of his career in the ‘500,’ before he got sucked up in the crash triggered by contact between Sebastien Bourdais and Graham Rahal.

Last Sunday at Detroit, his Honda barely touched the wall at the exit of Turn 11. Then, as he passed the pit area, he turned into Turn 1 and his car snapped.

“It’s one of those things I look back and should have pitted,” Rosenqvist said. “It ended how it ended, but I try to take the positives out it.” 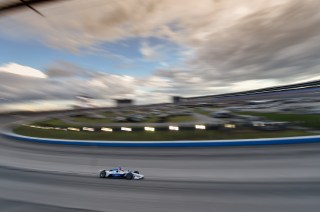 This weekend at Texas Motor Speedway, Rosenqvist has the daunting task of competing on the high-banked 1.5-mile oval for the first time.

“There is always traffic here, whether you like it or not,” Rosenqvist said. “That is the biggest challenge here. At Indy, you have more respect, but this place is super-fast. In the turns, it feels like your brain is moving to the right because your head is stuck there. It’s high G-forces. The consequences are so high, but it’s a super cool track.

“At this point in my season, I can’t afford to have any more crashes or mistakes. It’s just not worth risking too much.”