FORT WORTH, Texas – The next stop on Simon Pagenaud’s Indianapolis 500 Victory Tour will be the White House on Monday afternoon when the winner of the 103rd Indy 500 will be honored by President Donald Trump.

Trump called team owner Roger Penske and Pagenaud in Victory Lane at the Indianapolis Motor Speedway after the driver from France won the Indy 500 on May 26. Trump invited both to the White House for a congratulatory visit, and that will take place Monday. 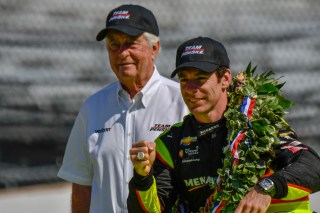 This will be Penske’s second trip to the White House to meet President Trump this year. Joey Logano and his NASCAR Monster Energy Cup Series team were honored in a Rose Garden Ceremony by President Trump on April 30.

“We’re excited about that,” Penske told NBCSports.com Saturday night after Josef Newgarden won the DXC Technology 600 at Texas Motor Speedway. “We’re taking the team to the White House and with the win in the Indy 500 with Simon Pagenaud and the president talking to him in victory lane, this caps it off for a great five or six weeks. 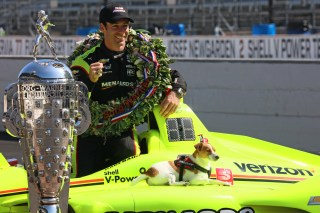 “The President called me in victory lane after the Indy 500 victory and said he wanted us to come as soon as we could. We put it all together and we are going on Monday.

“The Indianapolis 500 is an icon, worldwide, and to have the President of the United States recognize that, it’s pretty special.”

Team Penske president Tim Cindric was part of the Logano visit with President Trump in April. He is excited to get to go again.

“We might be on a first-name basis by now,” Cindric told NBCSports.com. “I got to talk to him about the hole-in-one that I made at Trump National in Charlotte.

“To go there twice with two different organizations and two different groups says something about the entire Penske Racing operation.”