TORONTO – Flash back to the start of the 2019 NTT IndyCar Series season and rookie Felix Rosenqvist was looking like the best driver from Sweden since Kenny Brack in the late 1990s and early 2000s. It was the March 10 Firestone Grand Prix of St. Petersburg and the 27-year-old rookie from Malmo, Sweden started third and was out front for 31 laps before finishing fourth.

Hopes were even higher for Rosenqvist when he started fifth in the next race at Circuit of the Americas (COTA) in Austin, Texas. He would be involved in the only on-track incident of the race and finish 23rd. His high rookie expectations took a hit when then 18-year-old Colton Herta won the race to become the youngest winner in IndyCar history.

Three more top-10 finishes followed before the 103rdIndianapolis 500 when Rosenqvist was part of the big crash on Lap 176 that red-flagged the event. He finished a season-low 28th.

He regained his street course form with a fourth-place finish in the first race of the Chevrolet Detroit Grand Prix before dipping to a 16ththe following day. After a 12thplace finish at Texas Motor Speedway, Rosenqvist rebounded with an impressive sixth-place after started 18th. 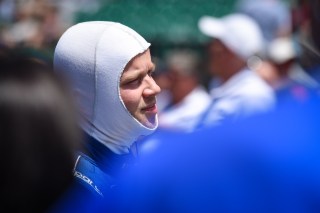 That could be a key in reinvigorating Rosenqvist’s season.

“Everything has been pretty good for us on the street tracks this year and personally, I like it,” Rosenqvist told NBC Sports.com. “But one course isn’t the same to another so it will be difficult wherever we go.

“Toronto is a track I’ve been to before in Indy Lights and that is definitely helpful. The team won the race last year with Scott Dixon and were pretty quick every session.

“I feel the stars are aligned to have a good result.”

It’s not unusual for a rookie driver to have an up-and-down season, but the expectations were very high for Rosenqvist after the season-opener at St. Pete.

“It’s been pretty decent,” the Swede shrugged. “I think I could have won that race and of course, the expectations went up after that. Different tracks, different challenges.

“Getting into this part of the season, Toronto is probably going to be the easier circuit for me than the others.”

Rosenqvist drove a 10-race Indy Lights schedule in 2016 and won both Indy Lights contests at Toronto starting from the pole.

He believes starting up front on a street course is vitally important because trouble lurks around every blind corner.

“All of the street tracks we go to, we have overtaking and that is very rare,” Rosenqvist said. “At Monaco in Formula One, you don’t have any overtakes. But if you are up front on a street course, you have clean air and can run your own strategy. What happens behind that is mostly random.” 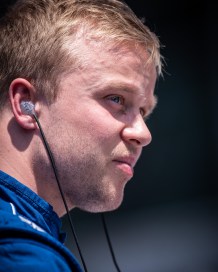 Fuel strategy is also very important at Toronto. Dixon dominated the 2016 race, leading 56 laps in the 85-lap race, but was foiled with his fuel strategy of being the last to pit. A caution period occurred just one lap before Dixon was about to pit.

With the pits closed and every other driver in the field having made their final pit stop, Dixon went from first to 15th. He raced his way back to an eighth-place position but lost what could have been an easy win.

“That can always happen, and I think it’s something you learn from,” Rosenqvist said. “It’s easy to be clever afterwards. Nine times out of 10, that would be the best strategy to go for and that time, it didn’t work out.

“You can always make a fluke result, but if you want to win a championship, you have to go with the strategy that Scott went for in that race because that is generally the one that works out.”

With such high expectations on Rosenqvist before the season started, he felt fast in testing and in practice. But throw in such variables as new tire compounds, bumpy circuits, it’s hard to find the flow to the series for a new driver.

“It’s like you drive a different championship every time you are out in the car,” Rosenqvist said. “But in a two-hour race, there are so many other things where you have to be good.

“Before the season, there were many people who didn’t want to call me a rookie because of my racing background. But in this type of championship, if you haven’t been here before, it’s always going to be difficult.

“I don’t see how you are going to make any shortcuts to be successful in IndyCar. It takes time and that’s hard to accept. I need to be patient and learn every time I’m in the car.”

Despite his up-and-down season, Rosenqvist is the highest rookie in the standings in 10thplace. 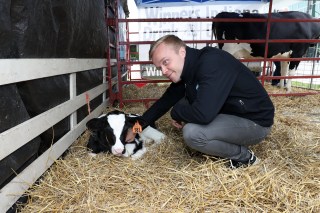 “Colton and I have been the fastest rookies, but Santino Ferrucci has been a big surprise and has had the more mature rookie season of all of us,” Rosenqvist said of the 21-year-old driver from New Jersey, who is 12thin the standings. “My goal this year is to get a win before the season is over. Colton has won a race and Marcus Ericsson has finished second.

“We should have the capability of winning a race. It’s a matter of getting it right on the day and a little bit of luck always helps. I’m sure we can do that and that is still my target. But I’m trying to not think about that too much and do something stupid to get a win.”