TORONTO – They still remember NBC’s Paul Tracy in this bustling major city, which ranks as the fourth-largest city in North America, especially in his old neighborhood of West Hill. It’s just up the Gardner Expressway on Lake Ontario from downtown Toronto.

Tracy visited his old neighborhood on Thursday and stopped by the local bakery to pick up a box of doughnuts for his father, Tony Tracy. 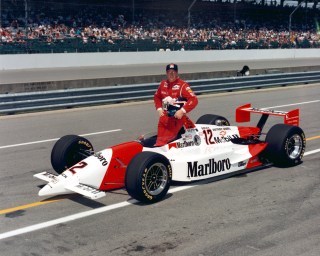 Other Canadians such as 1995 Indianapolis 500 winner, 1995 CART champion and 1997 Formula One champion Jacques Villeneuve didn’t accomplish that. Nor did Toronto’s Scott Goodyear or Oakville, Ontario’s James Hinchcliffe.

He became a crowd favorite because of his highly aggressive racing style and the fact he was intimidating on the racetrack.

“It’s a different era now,” Tracy said. “When I was racing, you had to protect your equipment a little bit. Stuff wasn’t as reliable as it was now, and you could use up your equipment. Now, it’s so reliable, you can run flat-out as fast as you can go from start to finish unless you are trying to do fuel mileage.

“My issue when I started is, I would try to run so fast, I would burn up my equipment. Now, everything is so reliable. Guys like Alexander Rossi. He’s fast. He showed us at the last race at Elkhart Lake. He won by 30 seconds because he was laying down laps like it was qualifying.” 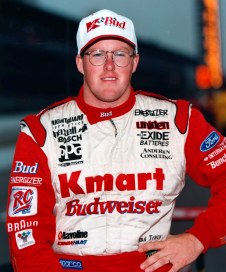 Rossi displays many of the same qualities that Tracy showed in his prime, such as aggressiveness, fearlessness and not backing down.

Is Rossi the closest driver in today’s IndyCar to Paul Tracy?

“I don’t know about that, but he is very, very fast and also has the ability to change things up on the fly,” Tracy said. “I remember one of the races last year where he was leading and all of a sudden, the strategy changed, and he was able to change from going flat-out to going on massive fuel-conservation mode. That is a hard thing to do, to switch gears like that when you get in the mindset. He just has this ability, he can do a super fuel saving like he won Indy with, or he can destroy everybody.

“He has this ability to change his style on the fly, which is pretty unique.”

Tracy also has high praise for five-time NTT IndyCar Series Scott Dixon and calls him “one of the best drivers that has ever been in IndyCar.” Dixon is now 106 points behind points leader Josef Newgarden of Team Penske, and Tracy believes Dixon has to start winning soon or his championship chances will fade. 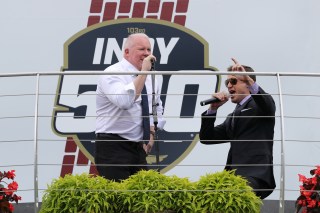 As part of NBC’s broadcast team that includes Leigh Diffey as the lead announcer, Tracy and Townsend Bell keep things lively with their ongoing debates as color analysts.

This is the first year that all NTT IndyCar Series races are on NBC or NBCSN.

“We’ve had a great year so far,” Tracy said. “The ratings are coming up. The fan support has been good. The racing is good on track. No complaints on my end. I think everything is going really well for IndyCar.

“The NBC Gold Package lets me do different things, like work in the pit, but I’d rather stay in the booth because every time I go into the pits, I get sunburned. They won’t let me wear a hat.

“Everybody on the whole crew gets along great. When we are up there, it’s like we are having casual talk about racing. It doesn’t sound staged or anything like that. We are all enjoying that, and that gets conveyed to the fans.”

“Qualifying will be key because passing is always tough here,” he said. “It will all depend on what happens in the first third of the race, where the yellows fall, that will determine the strategy. The guys who take the early strategy and go with the fuel-saving mode, or the guys that try to run away. Everything can change based on the yellow.

“We saw that happen with Scott Dixon in 2016, where he had everything under control and then the yellow fell at the wrong time, and he was out of it.”

For Tracy, the best times in his career came on the streets of Toronto, where he was the crowd favorite and known as “The Thrill from West Hill” because of his aggressive racing style and “Bad Boy” personality. 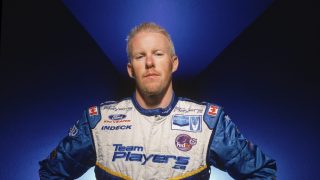 “Absolutely,” he said. “This is a place where it all began for me. Racing here was super important for me because it was my hometown, and I wanted to do well. I got a taste of winning here early. I only won here two times, in 1993 and again in 2003, but I also won at Vancouver three times.

“I was lucky to be competitive and run well all the time at these races, and they were the most important ones as well.

The race was not held in 2008 after most of the Champ Car Series teams joined the old Indy Racing League to create today’s IndyCar Series but was revived in 2009 by Michael Andretti, Kevin Savoree and Kim Green.

Since 2010, the race has been promoted by Savoree-Green Promotions and has become one of the highlights of the season because it is the only IndyCar race staged inside a major city.

Toronto is the fourth-largest city in North America at 2.8 million. Mexico City is the largest North American city at 9 million, just ahead of New York City at 8.9 million. Los Angeles checks in at No. 3 with 4 million, followed by Toronto, which is just ahead of Chicago (2.75 million).

It is the largest city that hosts an NTT IndyCar Series race, and it’s held against the backdrop of the beautiful Toronto skyline just over the Prince’s Gate.

“This and Long Beach are the only two street races that have been able to stand the test of time,” Tracy said. “Others have come and gone and were popular for two, three or five years, this has been popular for 33 years now. This place has tradition and history. It’s been the same place, same location as Long Beach. And the drivers like racing here.

“The place just has memories.”